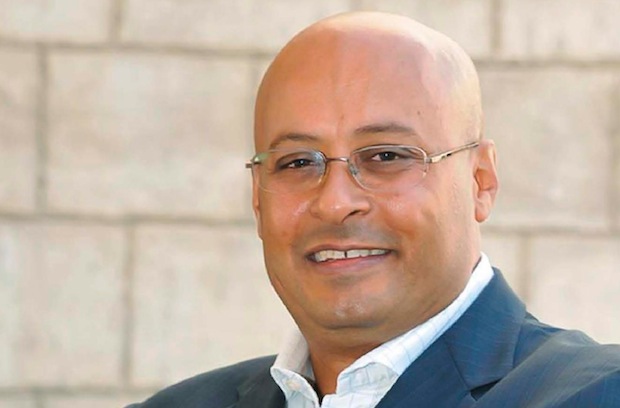 The year gone by was good for business with more than 60 per cent of our start-ups actively growing and scaling-up with the launch of more growth accelerator programmes. Our investments are aligned with our strategies of co-investing with US based programmes and working with regional businesses to provide funding at different levels.

Our start-up portfolio is continuously expanding and our strategy is in sync with the international ecosystem.

You have recently announced a $60m venture fund. Can you provide more details about it and how it will be used?

The venture fund is focused on providing seed capital for technology and innovation start-ups in areas including robotics, AR/VR and artificial intelligence and it makes us one of the largest providers of such funding in the region. It was launched after we witnessed a major gap in the market for SMEs’ to grow from the accelerator stage to a fully-fledged business that will attract venture capital and with this launch, we are working to bridge that gap.

Looking at the start-up ecosystem in the GCC region, has the drop-in oil prices had a big impact?

The drop in the oil prices has not impacted our line of business. When we look at the resilience of start-ups especially in consumer-driven sectors, spending remained cohesive throughout 2016 despite different economic challenges.

What are the main challenges that entrepreneurs face in the region?

Lack of funding remains one of the biggest issues entrepreneurs face in this region. According to IFC, nearly 63 per cent of Micro, Small and Medium Enterprises (MSMEs) in the region do not have access to finance. There are a number of venture capitalists, crowd-funding and incubator options available regionally but constant support from government systems is necessary to help start-ups thrive in all industry sectors.

Another main challenge entrepreneurs’ face is access to talent, especially in the technology fields. One of the most common complaints we observe is the struggle to find the right talent to help start-ups to succeed.

According to IFC’s most recent Access to Talent for MENA’s Entrepreneurs report, 32 per cent of the workforce responded that they would like to work for a large corporation and only 12 per cent were interested in being employed by a start-up. Entrepreneurs are looking to hire the right talent as 90 per cent of startups said they will expand their teams in 2017.

How has the VC fund industry in the region evolved? Are there many players now in the market?

The venture capital fund industry is still evolving in the region with VCs’ providing follow-on funding at different levels of the startup.

I think many VC funds’ need to look outside the e-commerce arena for other opportunities that will diversify their portfolios.

According to a recent report, nearly 120 deals were closed in 2015, four times the number of deals closed in the previous year. The total amount invested in start-ups was $213m in 2015 from $29m in 2013. The UAE has observed a remarkable rise in the volume of investment and is now the highest in region at 41 per cent in 2015.

Another report by a venture capitalist stated that in 2016, there were 116 private organisations operating in the VC sector, a significant rise from 92 registered companies in 2015, which is an increase of 24 per cent growth increase.

Lastly, what is your long-term vision for TURN8? Where do you see it headed in the next 10 years?

In the future we want to have a portfolio of over 500 start-ups that we’ve supported through our mentorship and funding programmes. We’re also looking to further strengthen our international ties to the US and beyond and continue to evolve and grow as one of the strongest start-up incubators in the region.