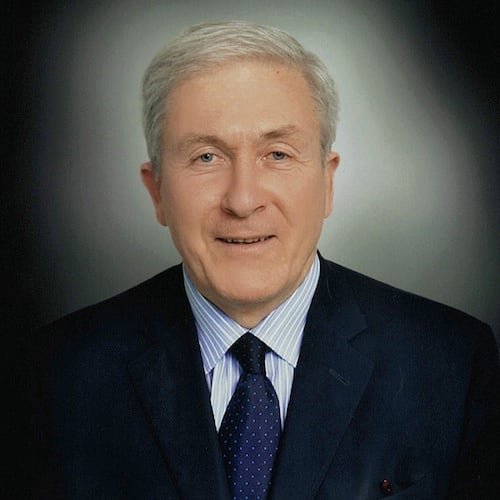 1. Thales had a good year in the Middle East last year. How has it been so far this year regionally?

From a global perspective, 2015 saw the group achieve sales of over €14bn, with an order growth of over 20 per cent from 2014. This year’s order intake should reach another significant level for the group specifically from emerging markets.

In regards to the Middle East, group sales came in at about 10 per cent for 2015 representing a 56 per cent increase from 2014. Moreover, the group’s order intake across the region saw a huge increase of over 90 per cent from 2014 into 2015, making the Middle East market the highest growth market for the group across all regions.

So far this year, we have experienced a robust start amidst current market sentiment due to the oil price. Moving forward into the second half of the year, we expect another sustainable level of business this year across the region with a number of major projects in the pipeline.

2. Have you seen any major impact from the oil price drop in the region? Especially in Saudi Arabia?

The global business trend of urbanisation is continuing to grow in the region as we see a lot of Middle Eastern countries going for new or upgrading existing infrastructure, especially in ports, airports, and rail and security matters.

It is clear that the region has had to face and to adapt to a very significant oil price drop over the past 18 months, with priorities now redefined and projects delayed.

However globally, and particularly in Saudi Arabia, the fundamentals remain positive and the market is there. The dynamic created by Vision 2030 will undoubtedly develop opportunities in the near future.

3. Can you elaborate on your work on the kingdom’s railway project?

The North-South Railway project, managed by Saudi Railway Company (SAR), represents a major infrastructure project in Saudi Arabia. The new railway track will stretch from the capital to the Jordanian border and from Al Jalamid to the Arabian Gulf (Dammam), and will include seven passenger and freight stations as well as 41 sidings and junctions. The project will a have huge impact on the economy, none more so than preparing the kingdom’s mining industry for export markets.

For this particular project, Thales is implementing the European Train Control System (ETCS) Level 2. This is the first implementation of ETCS Level 2 in the Middle East and at the same time, the longest implementation of the ETCS standard in the world as it will stretch over 2,400 km. Thales will continue to put a lot of emphasis on main line and urban rail projects in the kingdom.

4. Saudi has recently unveiled its Vision 2030 to diversify its economy away from oil. What role do you hope to play in this strategy?

Thales deploys solutions for defence, security, aerospace and transportation which allows for stability and economic development across the kingdom.

Vision 2030 is offering many opportunities that Thales is willing to develop through long term partnerships with the Saudi government, local industrial companies, universities and research organisations. Thales is already working on some potential projects in line with the Vision 2030 roadmap with the perspective to implement transfer of technology and manufacturing locally.

6. Do you plan to increase your workforce in the kingdom in the short term?

Thales has been a pioneer in the field of localisation and as such has set up aggressive plans to develop national capabilities by recruiting young Saudi men and women through cooperation with universities or directly from the market. Of the 700 employees we have in Saudi Arabia, 30 per cent are Saudi nationals within highly skilled roles such as project managers and engineers.

Our strategy is to localise activities and further develop capabilities in the region through training and knowledge transfer programmes within our defence as well as security and civil businesses. This could be done both internally or by developing business with partners through industrial cooperation schemes.

7. Looking ahead, which are main sectors where you see further growth in the country?

Within Saudi Arabia, the group operates heavily in the aerospace, space, security, defence and transportation industries and is ready to contribute to the development of the business in any of them.

In line with the local context and the kingdom’s strategy, it appears that the defence and security business as well as infrastructures projects are high priorities. In the security business for example, we consider that there will be a number of opportunities, from site security (borders, ports, airports, critical sites, holy sites) to data protection like cyber security.

8. Lastly, what is Thales’ long term plan for Saudi Arabia and the overall Middle East?

I’d say that Middle East and Saudi Arabia in particular are strategic countries for Thales. Our plan is to continue to develop our business through a strong industrial network based on partnerships with local companies.