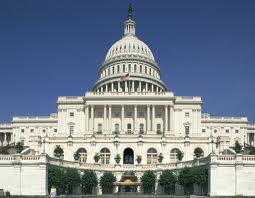 US lawmakers have made little progress in the past 10 days toward a compromise to avoid the harsh tax increases and government spending cuts scheduled for January 1, a senior Democratic senator said on Sunday.

The United States is on course to slash its budget deficit nearly in half next year. Closing the gap that quickly, which in Washington is referred to as going over a “fiscal cliff,” could easily trigger a recession.

“Unfortunately, for the last 10 days, with the House and Congress gone for the Thanksgiving recess … much progress hasn’t been made,” Dick Durbin, the No. 2 Senate Democrat, told ABC’s “This Week” program.

Serious negotiations are expected to resume this week. Democratic and Republican lawmakers have been trying to convince the public – and financial markets – that they are willing to compromise and can reach a deal before the end of the year.

Durbin indicated Democrats might accept a reform of the government’s Medicare health insurance program for the elderly that would make higher-income seniors pay more for their care.

Democrats traditionally oppose limiting Medicare benefits according to income, a practice known as “means testing.” Durbin said Medicaid, a public health insurance program for the poor, also could be overhauled.

A deadline looms over the talks. Without action by lawmakers and President Barack Obama, roughly $600 billion in tax increases and spending cuts will start to hit households and companies in early January.