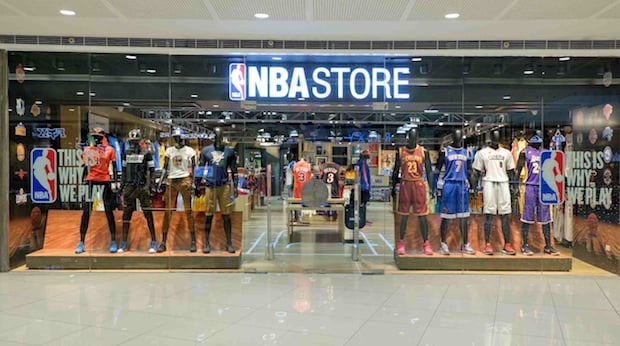 The first two NBA stores are scheduled to open in Doha during the 2016-17 NBA season, which begins in October this year.

The stores will feature a wide range of official NBA merchandise and memorabilia including apparel, jerseys, footwear, sporting goods, toys and collectibles.

“The National Basketball Association is one of the most successful sports leagues in the world and is watched and enjoyed by millions of people around the globe,” said general manager of Al Mana Fashion Group – Sports Division Andrew Fairall.

“With basketball being one of the fastest growing categories in sports retail in the region, we are very excited to be working with such an iconic brand.”

Globally, 250 licensees manufacture, sell, and market NBA-branded products that are sold in more than 125,000 retail locations in 100 countries.

That includes 400 NBA-branded stores around the world with a new one scheduled to open in Cebu, Philippines in August.