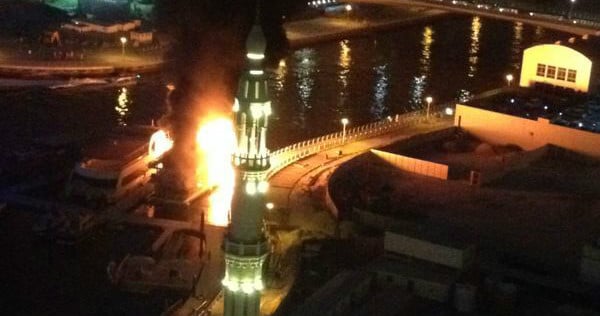 A major blaze broke out on board a restaurant boat in Dubai Marina on Wednesday night, causing passengers to evacuate immediately.

The fire was quickly put out by firefighters from the Dubai Civil Defence, with at least six people were injured in the incident, local daily The National reported. According to the report, some people were also jumping out from the windows.

However an eyewitness told Gulf Business that he didn’t see anyone jumping off the boat and that no-one appeared to be injured.

“It started as a small fire but it suddenly caught on. A lot of people tried to evacuate other surrounding boats. A small patrolling boat tried to douse the flames with a fire-hydrant and the fire-engines came much later,” he said.

The total number of people on board the boat is not yet known. 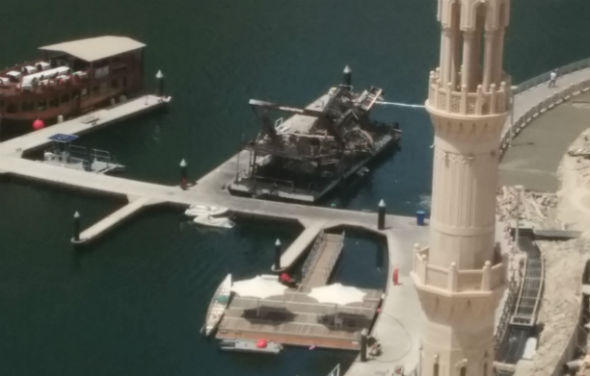 A picture of the charred boat on Thursday.

The boat, which belonged to yacht rental company Waterworld, caught fire near the Dubai Marina mosque, next to the Byblos hotel.

The exact cause for the fire has not yet been revealed.