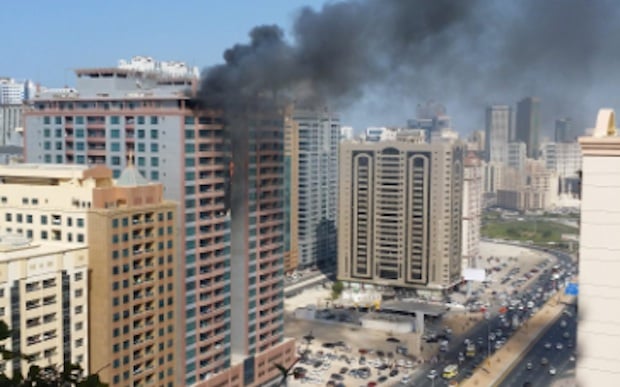 A fire broke out in a high-rise building on Al Ittihad Road in Sharjah on Thursday.

The blaze started at around 12.15pm inside an apartment on the 13th floor of the Al Bandry Tower before spreading to higher floors, a Sharjah Civil Defence official told Gulf News.

All the residents from the building were evacuated and firefighters put out the flame in just over an hour.

A section of the Ittihad Road was also briefly cordoned off after the fire broke out.