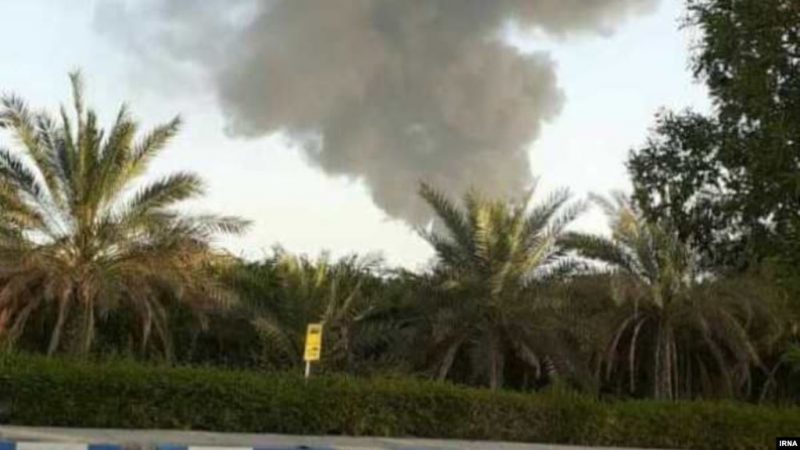 A fire broke out at a facility used for storing oil products at the Shahid Rajaee port on Iran’s Gulf coast on Wednesday, the Islamic Republic News Agency (IRNA) reported.

Firefighters were on the scene trying to control the blaze, which was accompanied by explosions, according to IRNA, which gave no more details.

IRNA did not provide any information on possible casualties.

A picture posted by IRNA showed a cloud of black smoke forming above palm trees.

The fire started at a machine used to lift containers at the port and spread to an area used for storing oil products, IRNA reported.