Fire breaks out at a hotel in Makkah - Gulf Business 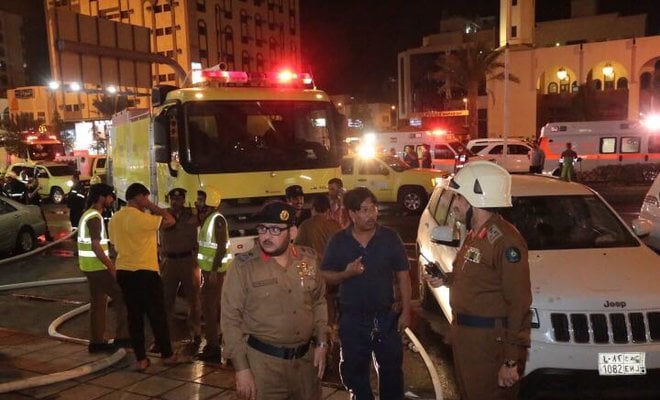 A fire broke out in a 15-storey hotel in the Saudi city of Makkah on Monday, the official Saudi Press Agency (SPA) reported.

All the 600 Turkish and Yemeni pilgirms who were at the hotel – located in the Aziziyah neighbourhood – were evacuated, according to local media reports.

Civil defence teams controlled the fire that broke out in an air conditioning unit in the eighth floor, said Major Naif Al-Sharif, spokesman of the Civil Defence General Department in Makkah.

He also confirmed that a team had been assembled to investigate the cause of the accident.

More than a million pilgrims have gathered in Saudi Arabia to take part in the annual hajj, with several more visitors expected in the next few days, according to authorities.