Fire breaks out at building near Dubai Mall | UAE News 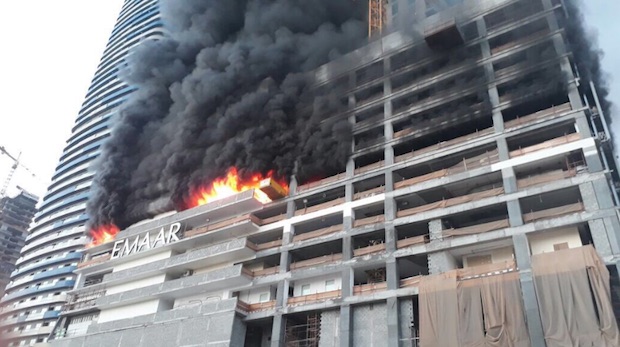 A fire erupted in a building close to Dubai Mall on Sunday morning.

Civil defense teams have put out the fire and no injuries have been reported. Three trapped workers were rescued.

“Cooling operations are underway and ambulance units are on site,” Dubai Media Office said on Twitter.

Fire at Fountain Views towers has been brought under control; cooling operations are underway pic.twitter.com/QcNoBxEgjv

Roads leading to MBR Boulevard from Cinema Crossroads are closed and traffic has been diverted to the flyover, the Media Office said.

Interchange 7 leading to Burj Khalifa is also closed and vehicles of employees have been redirected to Dubai Mall’s Fashion Parking.

The fire is also reportedly causing traffic congestion on the Financial Centre Road.

The Police advised motorists to take caution while driving near the area.

Senior police officials were also on site and spoke to residents nearby.