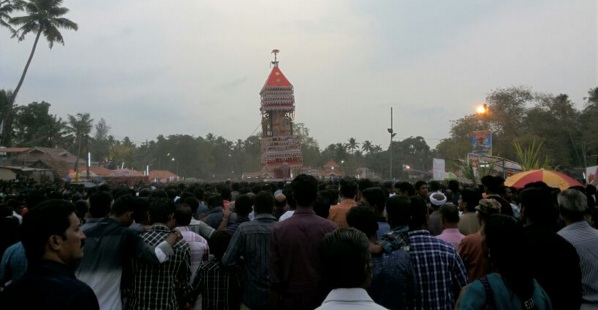 A fire at Puttingal temple in the Indian state of Kerala has killed 84 people, according to police.

The blaze is believed to have started with an explosion in a fireworks store ahead of celebrations for a local Hindu new year festival, said local media, causing a building at the temple to collapse killing and injuring close to 300 people.

The temple is located in Kollam, about 70 kilometres from the southern state’s capital Thiruvananthapuram.

Indian Prime Minister Narendra Modi travelled to the scene and tweeted: “Fire at temple in Kollam is heart-rending & shocking beyond words. My thoughts are with families of the deceased & prayers with the injured.”

The fireworks were being stored for celebrations due to take place on Thursday, though local reports suggest police had not given permission for the temple to hold the fireworks display. The police are reportedly taking action against the temple’s administration.