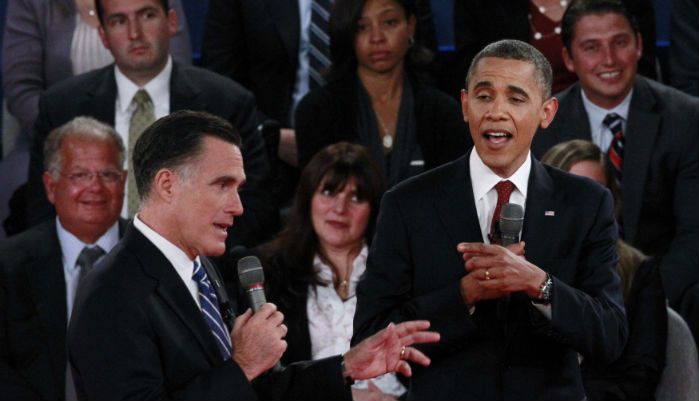 After witnessing a long and bitter campaigning battle, the US will finally select either President Barack Obama or Republican candidate Mitt Romney on Tuesday as its new president for the next four years.

Over 31 million voters have already cast their ballot through early voting, according to the latest figures released by the US Election Project of the George Mason University.

The first votes were counted in Dixville Notch in New Hampshire after midnight on Monday, and mirroring the tight race across the country, both the candidates were neck to neck with five votes each.

Obama has already voted, becoming the first US President to vote early, while Romney is expected to vote in Belmont, Massachusetts, later on Tuesday.

While most of national polls show that the candidates are deadlocked, Obama seems to have a slight edge over his rival.

Polls by Washington Post/ABC News and the Pew Research Center claimed the Democrat had a three per cent lead over Romney; an NBC News/Wall Street Journal poll gave Obama a one per cent lead; and polls by Politico/George Washington University and CNN said both the candidates were tied.

The winner is expected to be decided in a handful of swing states, including Iowa, Ohio, Wisconsin and Virginia. Both Obama and Romney spent the last day before election frantically wooing voters in these key states.

While rockstar Bruce Springsteen and rapper Jay Z spruced up Obama’s last round of campaigning, Romney got support from singer Kid Rock and rockers, the Marshall Tucker Band.

“If you believe we can do better, if you believe America should be on a better course, if you’re tired of being tired… then I ask you to vote for real change,” he told another rally in a suburb of Washington DC.

Meanwhile, the president pacified voters in Ohio saying that “our work is not done yet”.

The keenly-fought race for the White House began almost two years ago and has roughly cost over $2 billion, according to reports.