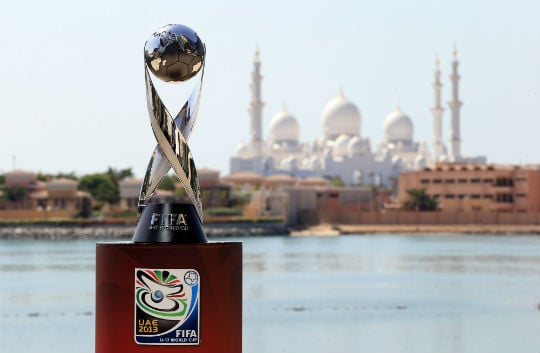 The Fifa U-17 World Cup 2013 kicks off in the United Arab Emirates today, the start of three weeks showcasing the world’s best young footballing talent.

Three-times winners Brazil take on Slovakia in the opening match of the tournament at Abu Dhabi’s Sheikh Zayed Stadium, before the hosts take on Honduras at 8pm.

The tournament is the largest football event ever to be hosted in the UAE. It will take places across six cities with a total of 52 matches played between October 17 and the final on November 8.

“All our stadiums and facilities comply with international standards, creating an excellent infrastructure that will also benefit the host cities and their clubs. This will be vital for developing our country’s promising young talent,” said HE Sheikh Nahayan Mabarak Al Nahayan, minister of culture, youth & community development.

“I would like to thank our colleagues from FIFA, who have worked hard with the Local Organising Committee to make this tournament a success.

“We are ready, all our preparatory work is complete and the stadiums are finished. All that remains now is for me to wish all the competitors a successful tournament.”

All seven emirates, with the exception of Umm al-Quwain, will play host to at least one match. Tickets for all games are free, thanks to local clubs paying for seats and distributing them to local fans.

Rafael Salguero, chairman of the Organising Committee for the FIFA U-17 World Cup, said: “We are ready to kick off a fantastic tournament that should serve as a springboard for the future stars of world football.

“The U-17 World Cup forms an important part of the pyramid of FIFA competitions and is crucial for the development of the young players taking part in this tournament.”

Tournament tickets are available on first come first served basis at no cost, at all six host venues on match days and throughout the tournament, from selected Hallmark stores across the UAE, online at www.fifa.com/u17worldcup and at the official FIFA U-17 World Cup Fan Zone in Abu Dhabi.