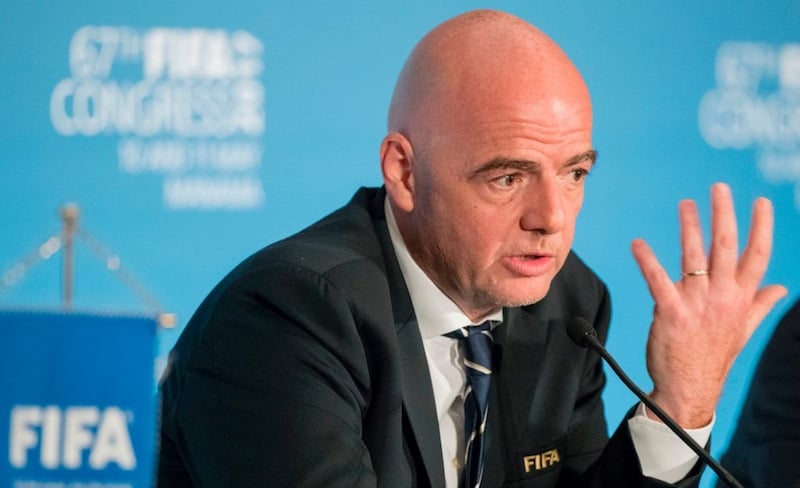 FIFA president Gianni Infantino does not believe that the diplomatic crisis which has embroiled 2022 World Cup host nation Qatar will threaten its staging of the tournament, he said on Sunday.

The global soccer body also confirmed that it had replaced a Qatari refereeing team who were due to officiate at a World Cup qualifying match involving the United Arab Emirates on Tuesday.

In an interview published in Swiss newspapers Le Matin Dimanche and Sonntagszeitung, Infantino said he expected the diplomatic situation to be back to normal by the time the tournament is played in five-and-a-half years’ time.

Asked if he believed that Qatar’s hosting was in danger, Infantino replied: “No. In any case, I am not in the habit of speculating and I’m not going to this time either.”

Infantino said that FIFA was watching the situation and was in regular contact with the Qatari authorities.

“The essential role of FIFA, as I understand it, is to deal with football and not to interfere in geopolitics,” he said.

“We are indeed facing a diplomatic crisis.

“But on the other hand, I am confident that the region will return to a normalised situation. The World Cup is in 2022. In five years.

“Obviously, if football can make a small contribution, in any way, to an improvement, I will not hesitate to offer my help.”

FIFA confirmed in an emailed statement to Reuters that the UAE’s match away to Thailand on Tuesday would no longer be refereed by Qatari officials.

“We can confirm that FIFA has replaced the match officials originally appointed for the… game,” it said. “The decision has been taken for sporting reasons and in view of the current geopolitical situation.”

FIFA added that it had changed the officials of its own accord and denied it had responded to a UAE request.

The UAE federation said on Twitter that the match referee would now be Muhammad Taqi from Singapore.