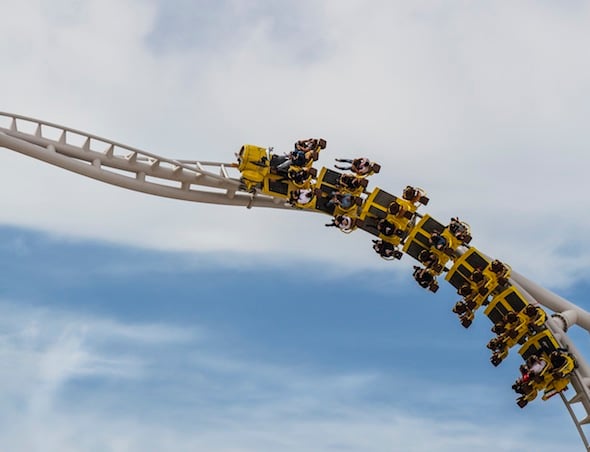 Ferrari World Abu Dhabi is soon looking to launch three “never-done-before” rides as part of its third phase of expansion.

The theme park, which recently completed the second phase of its expansion plan, aims to boost capacity by 40 per cent. It will offer a total of 38 Ferrari-inspired rides and attractions, up from 30 at present.

The latest round of expansion is hoped to be completed by early 2017, according to Ferrari World Abu Dhabi general manager Jesse Vargas.

The second phase introduced seven new rides and boosted the park’s capacity by 20 per cent.

The latest ride to open was the family-friendly attraction Benno’s Great Race, in which guests are seated in a 458 Italia Ferrari inspired car and can test their gaming skills. 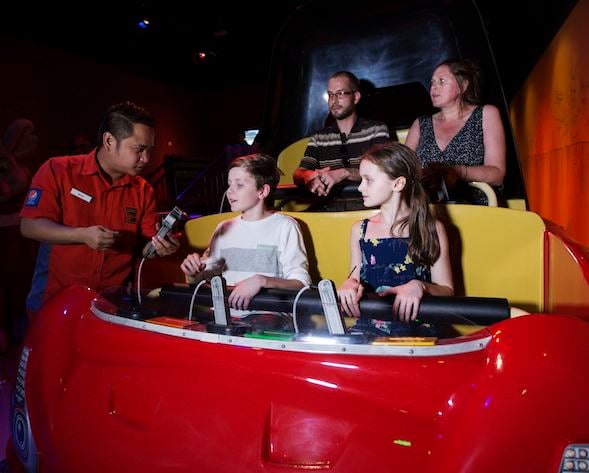 It is designed to help Ferrari World appeal to a wider demographic, said Vargas.

“We embarked on the park’s expansion plan in 2014 with the goal to offer our guests more fun and thrills and to keep pace with the growing demand for a world-class family attraction,” he said.

“We want to give our guests every reason to return to the park and that’s why we have a good mix of record-breaking rides and attractions that can be enjoyed by families as well thrill-seekers.”

Some of the other new rides launched include the record-breaking roller coaster Flying Aces. The attraction has secured three world  records for offering the world’s tallest non-inverted loop, and the world’s steepest and fastest inclined cable lift for a steel roller coaster.

Another new feature is the Karting academy that allows visitors to test their racing skills. 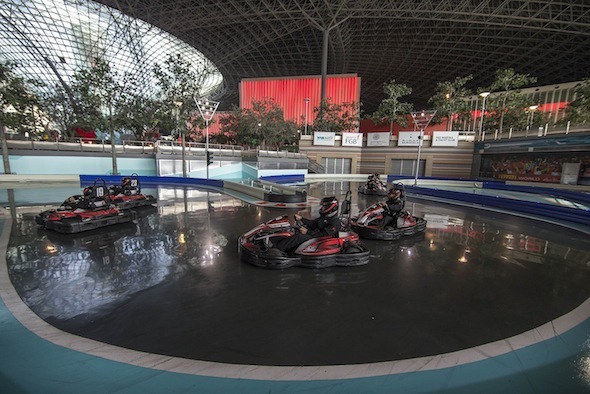 Beyond the rides are activities such as the Ferrari driving experience that offers visitors the chance to cruise in-style on Yas Island alongside a trained Ferrari driver.

A new junior training camp has also been set up where children can climb, jump and free fall from colourful towers and cranes under the guidance of Ferrari trained staff. Located in Yas Island, Ferrai World is currently the world’s largest indoor theme park. It is owned by the Abu Dhabi government and is managed and operated Farah Leisure Parks Management.