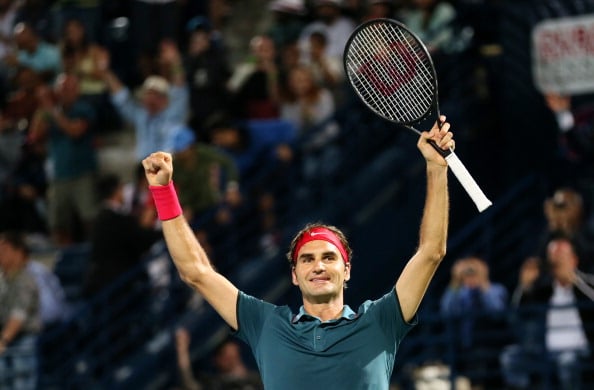 Roger Federer roared back from a set and a break down to subdue Tomas Berdych 3-6 6-4 6-3 in the Dubai Championships final on Saturday as the Swiss maestro sealed a 78th singles title.

Federer had recovered from a similar position to stun world number two Novak Djokovic in Friday’s semi-final and the 32-year-old again struggled early on before he dug deep to claim a sixth Dubai crown.

“It was a tough match,” fourth seed Federer said in a courtside interview. “Tomas had the advantage and could have, should have, brought it home, but maybe I got a little lucky.”

Federer nursed a back injury for much of last season and has slumped to eighth in the rankings, his lowest position since 2002, but ahead of Dubai he claimed his best tennis was still to come.

With wins against top 10 opponents in successive days, the Swiss proved there may be some basis to his confidence.

“I have a lot of tennis in my body over the years.

“I’m just happy I’m healthy again and that I can focus on tactics and not on ‘Am I feeling alright when I wake up tomorrow?,” said Federer, whose latest title puts him one clear of John McEnroe and third on the all-time list behind Jimmy Connors and Ivan Lendl.

After beating Djokovic, Federer spoke of his need to be aggressive on Dubai’s quick courts, but against Berdych the 17-times grand slam champion seemed too eager to adopt that strategy, over-hitting a series of shots from the baseline in the opening stages.

The third-seeded Berdych, 28, suffered from a similar problem, which made for an error-strewn first set.

Federer broke for a 2-1 lead, but he then surrendered his serve immediately.

Serving at 3-2 down, the Swiss again blundered, a scuffed backhand dribbling into the net to give Berdych a 4-2 lead.

World number six Berdych’s first ace of the match earned a set point, which he took when Federer – who later said his serving was poor in the first set – netted a backhand return.

Berdych broke for a 3-2 second set lead to leave Federer facing a third straight defeat against the Czech.

The Swiss immediately broke back and then held to love following a superbly disguised half-volley drop shot at the net that had the 5,000 capacity crowd roaring his name.

“You just stand on the baseline, try to hit a few good shots and hope he doesn’t keep hitting the big serves,” said Federer, when asked what he was thinking after being broken in the second set.

“I was able to break back right away, which was key. I stayed calm and once I got even I started to play better.”

Having built some momentum, Federer twice held to love and then levelled the match after another Berdych forehand error.

Receiving serve at 1-0 up in the decider, Federer raced to a 40-0 lead but squandered three break points as Berdych, who was on an 11-match winning streak, refused to wilt.

Federer was not to be denied, however, and a long Berdych forehand gave him a 3-1 lead.

There was still time for more jitters, Federer failing to covert two match points against serve at 5-2 up but the Swiss sealed the title soon after as Berdych clubbed another forehand long.

“He is the greatest player of all time – he will never give up and just give you anything for free,” Berdych told reporters.

“Of course I knew that. I was ready for it, but my execution was not good enough to hold it until the end.”