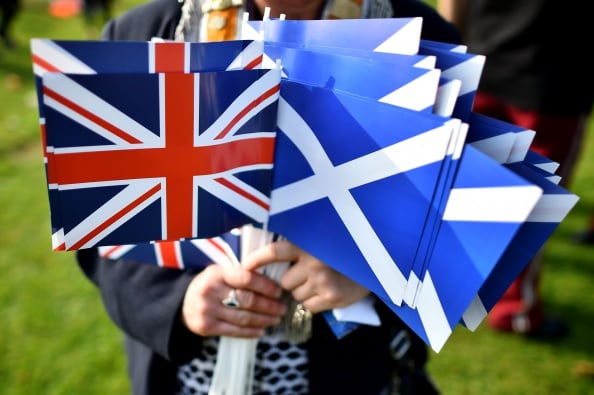 The future of Scotland and the United Kingdom looked uncertain on Sunday, five days before a historic referendum on independence, as polls showed the rival campaigns running desperately close.

Out of four new polls, three showed those in favour of maintaining the union with a lead of between two and eight percentage points. But an ICM poll conducted over the internet showed supporters of independence in the lead with 54 per cent and unionists on 46 per cent.

The final weekend of campaigning before Thursday’s vote brought thousands of people on to the streets of the capital Edinburgh and of Scotland’s largest city, Glasgow. Rival leaders worked across the country to convince undecided voters.

Scottish National Party leader Alex Salmond, who has spearheaded the drive for independence, said he was confident the “Yes” campaign would win. The priority after the referendum would be would be to bring Scots together again to work for the country’s future good, he said on the BBC.

“We’re not aiming to win by one vote. We’re aiming to achieve a substantial majority if we can. And one of the great assets of the ‘Yes’ campaign is that we don’t regard any section or sector of Scottish society or any geography of Scotland beyond our reach,” said Salmond, also Scotland’s First Minister.

Alistair Darling, a former British finance minister and leader of the “Better Together” campaign, warned that if Scots vote to split from the UK it would be an irreversible decision.

With promises from British political leaders of greater powers for Scotland in the event of a “No” vote, Scots could have the best of both worlds, Darling said.

Darling, a Scot, also said in an interview with The Sunday Times that the consequences of a vote for independence could match the turbulence of the 2008 financial crisis.

The Sunday Herald, which backs independence, filled its front page with a collage of photographs of “Yes” voters. “Now is the time. You are the generation,” its headline said.

At stake is not just the future of Scotland, but that of the UK, forged by the union with England 307 years ago.

More than four million Scots as well as English and foreign residents, from the Highands and Islands to the gritty inner city estates of Glasgow, are eligible to vote. The question on the ballot paper will ask simply: “Should Scotland be an independent country?”

Independence supporters say it is time for Scotland to choose its own leaders and rule itself, free of control from London and politicians they say ignore their views and needs.

“No” campaigners say Scotland is more secure and prosperous as part of the UK and the end of the union would destroy three centuries of bonds and shared history.

Salmond has dismissed this as a London-contrived campaign of bullying and scare-mongering and former SNP deputy leader Jim Sillars on Saturday hinted those companies might face a “day of reckoning.” Sillars suggested oil major BP’s Scotland operations might face nationalisation if Scots chose independence, though he later played down the comment.

The biggest financial question is what currency an independent Scotland would use. Salmond insists it would keep the pound in a currency union with the rump UK, but Prime Minister David Cameron and others have ruled this out.

As the debate neared its climax, it looked like the union might survive by the skin of its teeth despite recent gains in support for the independence cause, though the ICM poll became the second this year to show “Yes” supporters in the lead.

Until September, all polls but one in 2013 had shown the unionists with a comfortable lead. But such is the gravity of the situation that finance minister George Osborne cancelled a trip to the G20 meeting in Australia after the vote. Bank of England Governor Mark Carney will leave the G20 meeting early.

Meanwhile the head of the protestant Church of Scotland appealed for Scots to put their differences aside and reconcile after the referendum, whatever the outcome.

In a sermon at Edinburgh’s St. Mary’s Episcopal Cathedral, Reverend John Chalmers also urged Scots to vote, however hard they found it to make a decision. “The real success of next Thursday will be that … every voice will continue to play its part in shaping the kind of Scotland that people in Scotland vote for,” he said.