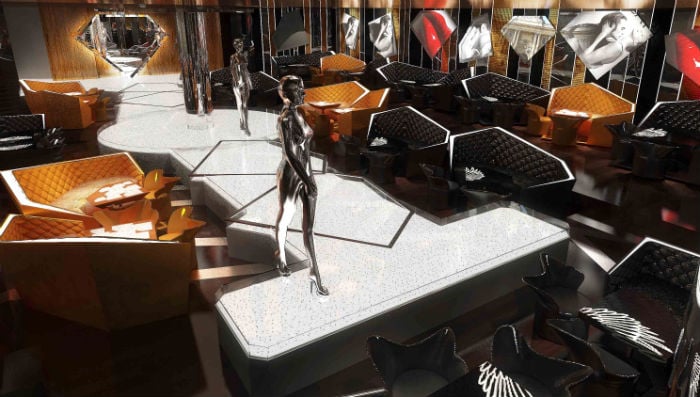 France-based Fashion TV has announced plans to launch a new venture, studio f, in Dubai, which will include elements of fashion and food.

The 600-people capacity venue will be located on the upper floor of the Boulevard Jumeirah Emirates Towers and is set to open mid February 2013, Fashion TV said in a statement. The concept is owned and operated by the PuriGroup under a licensing agreement with Fashion TV.

During the day, studio f has been designed to act as a professional fashion studio for master classes, tutorials and events and in the evening, the venue will operate as a bar and restaurant. After 11pm, studio f will convert into a late night VIP lounge.

The venue will have a LCD catwalk ramp around which lounge tables will be spaced, and huge screens will show live catwalk footage, backstage news, fashion week highlights and designer interviews. The venue is planning to showcase at least 26 different fashion weeks bi-annually.

Also, with 30 high definition cameras, the studio will able to broadcast live satellite and YouTube feeds of in-house runway events and parties to its 500 million Fashion TV viewers.

Michel Adam, president of Fashion TV said: “I am very excited by the opportunity to bring Fashion TV’s after dark energy to the UAE in the form of Studio F.

“I feel that the market here is now ready for us having experienced our previous events in Dubai and Abu Dhabi. Dubai is the natural home of luxury, fashion and style and it is fitting that Fashion TV has a new home here.”

studio f will have its own private entrance and will operate independently of the retail and hospitality mix in the Boulevard Jumeirah Emirates Towers, said the statement.

The restaurant will serve a French Mediterranean menu and studio f will operate until 3 am, six days a week.

This is Fashion TV’s second venture in the UAE, following the opening of its F Café in Abu Dhabi’s Al Wahda Mall last month.