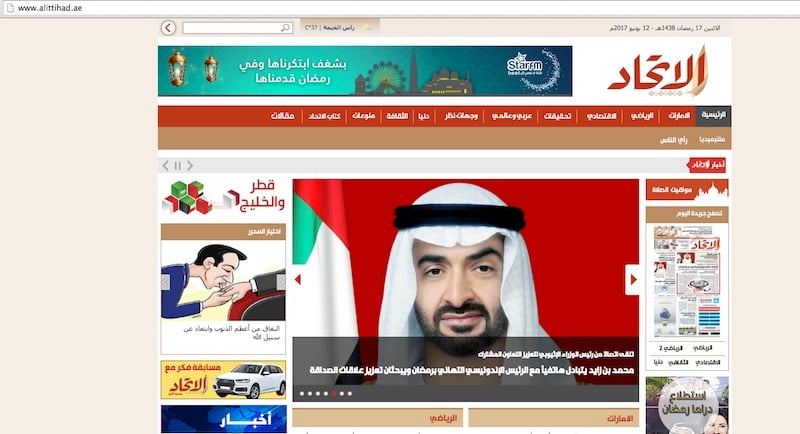 The site, which resembled the Arabic daily’s website, claimed that Sheikh Mohammed had told Saudi Arabia’s King Salman that Kuwait and Oman had “double standards”.

It claimed that the quotes were taken from state news agency WAM.

However, Al Hammadi asserted that the quote were “fabricated” and that the website – which carried a url of alettehad.net – was created in a European country.

In an editorial, Al Ittihad said that tabs or links on the ‘fake website’ took the user to its true website, alittihad.ae. The “fabrication” was done through phishing, it said.

“Until now there is nothing clear and definite about who was behind this,” Al Hammadi said.

The website’s creators appeared to “want to create tension for the UAE with Kuwait and Oman”, the report quoted him as saying.

The incident comes even as the UAE, Saudi Arabia, Bahrain and other Arab countries cut ties with Qatar last week accusing Doha of supporting terrorist groups and backing Iran.

Kuwait and Oman have remained neutral so far, with Kuwait mainly engaged in mediating the dispute.

The rift escalated after Qatar’s state news agency QNA published controversial remarks allegedly made by the country’s emir. Qatari officials later claimed that QNA was hacked, and also brought in a team from the FBI in the US to investigate the matter.