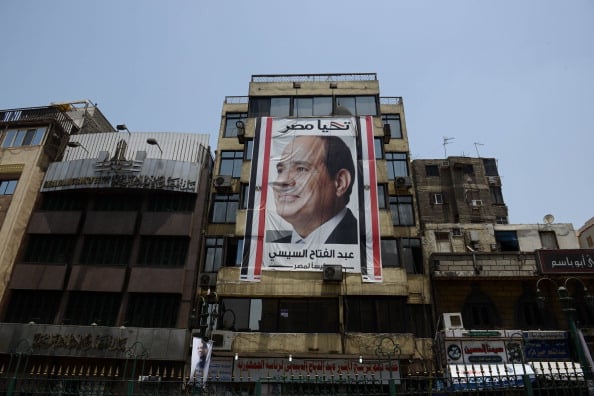 Despite the lessons of the past, Egyptian President Abdel Fattah al-Sisi is relying on fighter planes, mass arrests and death sentences to battle Islamist militants in a crackdown that could in fact prolong instability.

Unlike former President Hosni Mubarak, whose more subtle approach induced even his most diehard militant opponents to opt for a truce in the 1990s, Sisi’s response is all-out confrontation.

He has moved relentlessly against the Islamists since orchestrating a military takeover that toppled President Mohamed Mursi of the now outlawed Muslim Brotherhood in 2013.

Yet Sinai-based insurgents affiliated with ISIL, angered by Sisi’s campaign, are carrying out brazen attacks on security forces that have opened a dangerous new chapter in the decades-old struggle between the Egyptian state and Islamists.

And signs are growing that Sisi’s constant squeeze on the Brotherhood has encouraged some of the movement’s youth to take up arms against the state, complicating efforts to improve security in the Arab world’s most populous country.

Sisi, however, has unleashed the military with maximum force, but little apparent success in the vast Sinai desert.

Though the peninsula has long been a security headache for Egypt and its neighbours, the removal of Mursi brought new violence that has morphed into an Islamist insurgency.

Militants have carried out several major operations in recent months, exposing the vulnerability of the Arab world’s largest army, which is far more familiar with conventional warfare than counter-insurgency measures.

Hardline tactics weakened militant groups in the past but never secured a lasting calm.

Its ties to that organisation, which has expanded from Iraq and Syria to Egypt’s neighbour Libya, could mean more funding, logistical support and training.

Unlike al-Gamaa al-Islamiya, which sought to topple the Cairo government, the group wants to establish a foothold in the Sinai under ISIL’s plan to create a borderless Caliphate stretching across the Muslim world.

While ISIL does not pose a threat to Sisi’s rule, any significant incursions into the rest of Egypt, or even attacks on foreign visitors like the recent one at a Tunisian beach hotel, could devastate the tourism industry.

That would undermine efforts to rebuild Egypt’s fragile economy after four years of turmoil triggered by the uprising that deposed Mubarak in 2011.

Sisi is likely to crack down harder on militants after last week’s assassination of Egypt’s top prosecutor in an attack that bore the hallmarks of an operation by militants.

But he cautions against expecting any quick fixes.

“Anyone who thinks there is some kind of magic solution does not understand the reality. This is a long-term process,” said Shay.

The Brotherhood was officially banned but tolerated under Mubarak. Allowing its officials to hold independent seats in parliament helped him contain the movement.

Sisi’s security forces, on the other hand, have killed hundreds of Mursi supporters at Cairo protest camps, thousands of others were arrested and Brotherhood leaders were sentenced to long prison terms or death in mass trials.

There are growing fears that Brotherhood youths have started to respond by planting small bombs in cities.

“You hear the young men from the Brotherhood say this ‘peaceful’ way is over. I will defend myself. A wave of violence will explode, this is the fear,” said a lawyer for Brotherhood officials.

“Mubarak used to target the armed groups, he didn’t go too far from that. Now there is collective punishment and it could explode the society. If Egypt explodes, forget Iraq, forget Syria.”

“During Mubarak’s time, everything happened quietly and it’s as if someone is stitching and you can’t see the stitches,” the academic told Reuters.

New Muslim Brotherhood leaders who have replaced imprisoned veterans like Mursi are overseeing a decentralised structure, she said.

That could make it more difficult for the government to keep track of the group as security forces engage in a war of attrition against Sinai Province, formerly called Ansar Bayt al-Maqdis.

Last week, about 300 Sinai Province militants staged coordinated attacks in the fiercest fighting in the region since the Egyptian army fought the 1973 war with Israel. The official death toll on the day was 17 soldiers and 100 militants.

“In the 90s, while one can argue the insurgents had links to other groups internationally, it was certainly not as close as what we see today with Ansar Bayt al-Maqdis in the Sinai,” said

Sisi, dressed in military uniform for the first time since becoming president just over a year ago, played down the security threat during a trip to Sinai last week, telling troops “things are totally stable”.

Sinai Province, meanwhile, appears more confident, judging by videos it has been releasing on the Internet over the past few months.

In one, a long convoy of fighters parade through part of the Sinai armed with machine guns and rocket-propelled grenades.

“In the 90s they (militants) were fighting to exist. Now they are expanding to occupy territory and form the Emirates of the Islamic State,” said an Egyptian official.