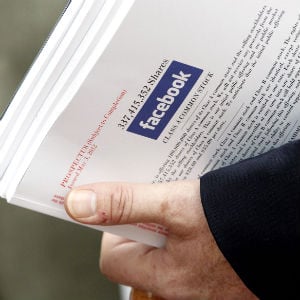 Facebook executives and Morgan Stanley, the lead underwriter in the company’s IPO, are being sued by the company’s shareholders, according to reports.

The lawsuit, filed in US District Court in Manhattan on Wednesday, accused the defendants of not revealing Facebook’s weakened growth forecasts ahead of its $16 billion IPO, reported Reuters.

The move comes even as Facebook shares fell 18.4 per cent during the first three days of trading from their $38 IPO price, said the report.

The lawsuit claims that the company’s IPO documents contained untrue statements and concealed “a severe and pronounced reduction” in revenue growth forecasts, because of which certain shareholders lost up to $2.5 million.

Investors also said that although analysts at several underwriters had reduced their business forecasts for Facebook during the IPO process, these changes were “selectively disclosed by defendants to certain preferred investors,” said the report.

“The value of Facebook common stock has declined substantially and plaintiffs and the class have sustained damages as a result,” the lawsuit said.

A similar complaint was also filed by a different investor in a California state court on Tuesday, according to the report.

Meanwhile, a Senate panel has reportedly said it will review allegations about whether the bank handling Facebook’s IPO may have provided certain clients with a negative assessment of the company.