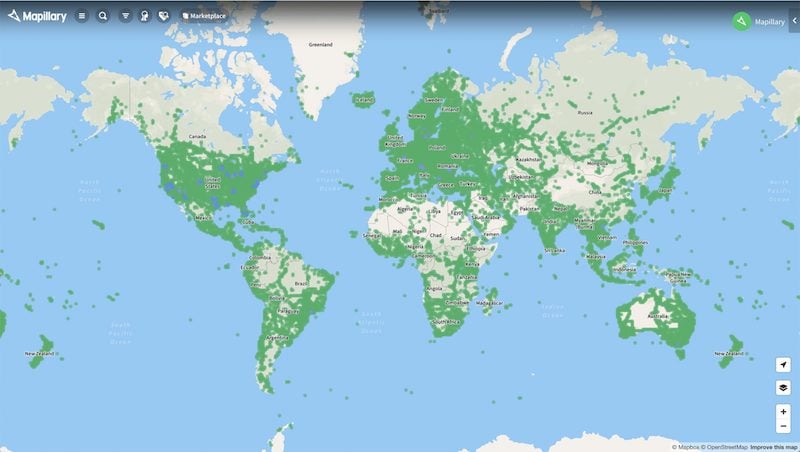 Mapillary, which competes with Google Street View and provides a similar street-mapping service, announced recently that it has been acquired by Facebook.

Last year, Facebook announced it would open its Map With AI tool to OpenStreetMap users with the aim of creating an augmented reality version of the planet based on a 3D map.

It also launched an interactive map a few months ago to help users to monitor the spread of the Covid-19 virus around the world.

Mapillary is a Swedish street-level mapping platform that was founded in 2013 and works on sizing and automating maps.

It has users in 190 countries around the world who collect photos of their local neighbourhoods using their smartphones, allowing Mapillary to combine these images and create a view similar to Google Street View.

In other words, Mapillary is a globally crowdsourced version of Google Street View.

Opening the service for commercial use

Prior to Facebook’s acquisition of Mapillary, all images on the service were available for free use only for non-commercial purposes, but post the acquisition, the service will be free for all, including for commercial use.

This explains what Facebook might do to take advantage of the service, such as allowing companies and stores owners to add Street View-like pictures to their Facebook pages.

Prior to Facebook’s acquisition, Amazon and a few other tech companies had also shown interest in Mapillary.

But can Facebook make Mapillary a worthy competition to Google Maps at all levels?

Big tech companies like Apple and Microsoft have tried before, but failed to achieve much success with their versions.