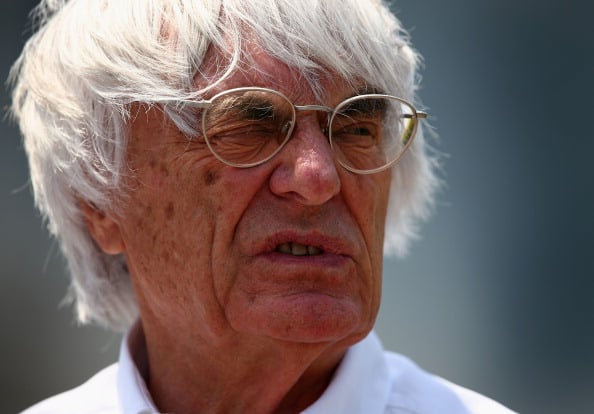 Bernie Ecclestone has assured protesters in Bahrain that he understands their grievances and is willing to meet opposition figures ahead of the most controversial Formula One race of the year this weekend.

However, in comments that could antagonise rights campaigners and pro-democracy activists, the F1 commercial supremo also compared civil unrest in the Gulf island kingdom to threatened protests against Wednesday’s funeral of former Prime Minister Margaret Thatcher in London.

“I’m happy to talk to anybody about this, as I did before,” he said in comments to British reporters published on Tuesday, mentioning that he had met members of the opposition group al-Wefaq last year in London and Bahrain.

The 82-year-old British billionaire has said repeatedly that he has no cause for concern ahead of a race that had to be cancelled in 2011 after an uprising and bloody government crackdown and that went ahead last year against a backdrop of petrol bombs and teargas.

If some of his past comments have made light of the unrest, he made clear this time that he understood both sides of the argument and was not insensitive to the opposition.

“We are extremely sympathetic to them,” he said. “Don’t forget, I was the one, when we had the apartheid in South Africa, who pulled the race.”

Formula One personnel and race drivers have begun arriving in Bahrain after the weekend’s grand prix in Shanghai, with protests picking up as the fourth race of the season approaches.

The local Gulf Daily News reported four explosions, including one in Manama’s financial centre, on Sunday night with one caused by a gas cylinder placed in a stolen car in the Bahrain Financial Harbour parking area.

A radical opposition group, the Coalition of February 14 Youth, claimed responsibility and warned it would continue similar ‘operations’.

The computer hacker group Anonymous has threatened to target the official Formula One and Bahrain Grand Prix websites.

There is a visible police presence in Manama and daily clashes, largely unnoticed beyond the region, still erupt between protesters and security forces in a Sunni-ruled country where the Shi’ite majority complains of discrimination.

Watched by many millions around the world, the grand prix puts Bahrain in the global spotlight – as well as some $40 million in the F1 coffers in annual hosting fees – and authorities are keen to use it to showcase the country. It also gives opponents an opportunity to highlight their grievances.

The opposition and government resumed reconciliation talks in February for the first time since 2011, when protests were crushed and at least 35 people died, but little progress has been reported.

The opposition puts the death toll at more than 80.

“I wish they could sort things out,” Ecclestone added. “If there are any problems, which there are obviously – people are not making trouble if there are no problems – then they could get it sorted out.

“We’ve had all sorts of protesters – look at those complaining about Mrs Thatcher. This happens all the time. People use these things when there is an opportunity.”

Ecclestone’s comments at least addressed a concern within Formula One that the sport’s leading figures risked making the situation in Bahrain worse by appearing uncaring and unaware of the social problems.

Britain’s 1996 world champion Damon Hill has criticised the governing FIA for saying nothing to distance the sport from “things it would find distasteful and upsetting”.

“I think the vast majority of the people in Formula One would like to say ‘we don’t want to come here to make things worse for people. We would like you to enjoy Formula One, we think Formula One’s got lots of positive things to offer but please don’t on our behalf round people up and brutalise them,'” Hill added.