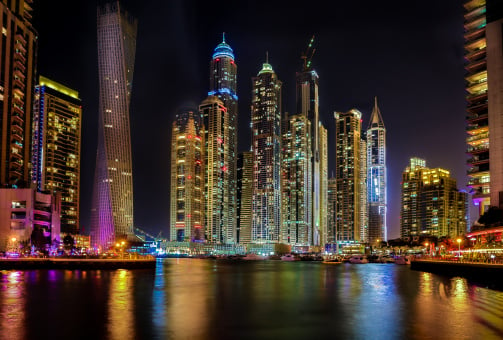 Dubai’s highly anticipated Expo 2020 win is projected to positively impact all the sectors of the economy, including real estate.

But most residents in the emirate are now plagued with the question –‘Are rents going to rise again?’

“The Expo is unlikely initially to have much of an impact on rents – or certainly shouldn’t do given that to all intents and purposes, nothing has changed particularly,” he said.

“Unlike in the sales market where the property prices will probably be boosted by the news of the Expo winning bid, discerning tenants will most likely simply up sticks and move to one of the other many vacant properties around should their landlords become pushy and unreasonable on the cost of a lease,” he added.

The high likelihood of a successful Dubai Expo 2020 bid has already been factored into the property market, with prices and rents rising substantially in the last year, say experts.

“There is a feeling in the marketplace that some of the potential upside of a positive award may already have already been priced into recent growth as investors have effectively gambled on the outcome of the result,” property consultant CBRE said in its recent report.

“Adversely, improved market sentiment is also contributing to the rising cost of living, compounding a situation where residential rents have already grown by an average of 23 per cent during the last year.”

“We feel the much talked about “Expo boost” has already been priced into the real estate market to an extent.

“Dubai has already seen a surge in property prices and we expect a trend of more stable and sustainable growth to persist over the short term,” he said.

In the long-term, however, experts forecast that Dubai’s housing market will see an upsurge in rents thanks to increased investment and a spurt of job opportunities in the emirate.

Population growth along with job creation will lead to a rise in housing demand levels, stated Morgan from Cluttons.

“The Expo will boost investor confidence and help lift values further as global capital hones in on our city, particularly in the months leading up to the Expo when a mini surge is almost inevitable,” he said.

IP Global’s Bradstock concurred stating: “Long term, given the level of investment that will flow into Dubai on the back of the news and the jobs created, we would expect rents to rise.

“Some of this upward movement would be absorbed by the current supply of vacant properties and other projects coming on line soon. However the general long-term trend would be a rise in rental prices,” he said.

On the other hand, an inflation in rents and prices will not continue forever, he explained.

“The property market, given this added impetus, is then likely to go through another correction at some point in the not too distant future.

“But overall, a long term investor in the Dubai property market is likely to do reasonably well though they should expect to see some significant ups and downs along the way.”