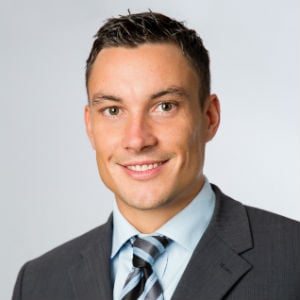 There is no doubt about it, Dubai has a certain vibe about it at the moment and the memories of 2008 seem something of a distant memory.

Positive news seems to be coming from every sector, and with Expo 2020 on the horizon, an honest question must be raised – how many people actually know what the Expo is, and how does it affect residents in the region should we be successful?

The World Expo is effectively the largest mix of trade exhibitions or world fairs and is not by any means a new concept, with the first noted ‘First World Expo’ being hosted in London in 1851. Indeed, previous Expo’s have yielded legacies such as the Eiffel Tower, the telephone, ice cream and Heinz Tomato Ketchup!

So why the excitement? Well, trying to grasp the enormity of not only what the Expo will do for the region, but the legacy it will leave has to do with the numbers and sheer magnitude of the event.

The last Expo was held in Shanghai, China where it was reported that there were over 73 million visitors from 250 countries. The site that showcased this phenomenon measured a massive 5.28 square kilometres and a new record attendance for a single day was set with over 1.03 million people visiting the site! These, by any standard, are hugely impressive, and an indicator how important for the local economy the winning vote may become – especially when you consider the reported profits reached in excess of $157 million USD for the Expo alone.

Indeed, should Dubai receive the winning vote amongst its competitors of Russia, Brazil and Turkey on the 27th November, it is estimated that there will be an influx to the region of an estimated 25 million visitors going through the turnstiles.

The knock on effect of a successful bid is a predicted 277,000 jobs created for the region and a huge boost to not only the ensuing job market, but for the infrastructure in Dubai. With DWC’s airport ambitious plans to overtake the likes of Heathrow in the coming years, and its central location here in the Middle East, it is easy to see why this is the perfect platform and opportunity in which to raise the bar.

It would also signify good news for the many hotel chains in the region looking to show off exactly what Dubai is capable of and attract long term clientele. This will also provide the perfect opportunity to vastly expand the range of accommodation in the region, which in turn will bring increased employment and revenues not only for the months of the expo, but as a legacy.

From a property perspective, where there is a general feeling that the growth seen over the last 12 months is perhaps unsustainable, it will give a boost of confidence and may encourage further transactions helping both the developers and investors in the region.

For the SMEs and small businesses across both emirates of Dubai & Abu Dhabi, there will be a surge of consumer spending as visitors, tourists and investors alike flock to the region and bolster the local economy, and as a net effect will boost wealth for business owners. As a result, if we see the confirmation of the Expo, it is likely that we will also see an increase in the number of new businesses and entrepreneurs looking to benefit from the influx.

If managed correctly, there is a more solid prospective for the region moving forward. Additionally, it will create further opportunities to purchase and will expand the ever growing city more inland and towards the proposed centre for the Expo on the Jebel Ali border.

There are many reasons to be excited about the possibility of Dubai hosting Expo 2020 and, if there is one thing that Dubai is known the world over for, it is putting on a great event. I have no doubt that if the Expo ran successfully; it would be remembered for all the right reasons, portraying its own legacy.