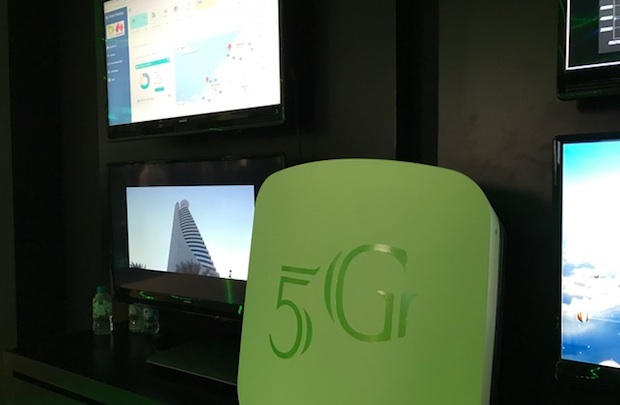 Expo 2020 Dubai has become the first major commercial customer in the Middle East, Africa and South Asia to access 5G mobile internet services, according to an announcement by the organiser of the event.

The expo team has partnered with Etisalat for the service, which comes after the UAE telecoms provider launched its 5G network in May.

The network will provide internet speeds up to 20 times faster than 4G with lower latency, allowing users to stream 4K video and other intensive tasks.

“Becoming the first major 5G commercial customer in the MEASA region is a major milestone for UAE and Dubai, and supports Expo 2020’s goal to be one of the most connected places on Earth, both physically and virtually,” said Expo 2020 SVP for innovation and future technology Mohammed Alhashmi.

International standardisation for the standard is expected to be announced this year.

Under the first phase of its launch, Etisalat will provide 5G fixed wireless services in select locations and gradually expand to other parts of the country based on consumer demand and requirements.

Other customers are expected to have access to the 5G network from September.

Etisalat said its network offered downlink throughput of more than 5Gbps at a site level and 1.5Gbps using CPE devices.

All major construction for the expo is expected to be completed in October next year, with several major contracts to be awarded in the coming months.

Read: Expo 2020 Dubai prepares to award next round of contracts

The organisers describe the event as the biggest “ever to be staged” in the Arab World, with plans to attract 25 million visitors between October 2020 and April 2021.