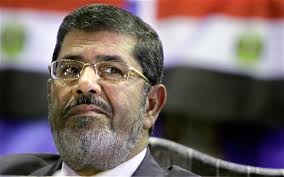 Reacting to violent protests in Egypt sparked by Egyptian President Mohammed Morsi’s seizure of new powers, many world experts have voiced their concern.

“I’d be surprised if these demonstrations bring about further change. Egypt may have had democratic elections, but it’s far from a democracy. Mursi moved to consolidate his position with a few economic and political successes to his credit and with the tacit support of the military. He’s clearly a winner from the Arab Spring. Just not a winner that the Egyptian revolutionaries, or the West, particularly want to see winning,” said Ian Bremmer, president, Eurasia Group.

Saskia Sassen, professor of sociology at Columbia University and author of Territory, Authority, Rights said, “I accept Morsi’s explanation of wanting to protect the gains of the revolution: to make sure a proper constitution can be written and to dismantle some of the still enormous power of the Mubarak crowd in the various parts of the state. But he should have said that ‘this is a temporary power grab to make sure proper elections happen and then these exceptional powers will be lifted.’ He also should not have engaged the judges the way he did.

Lisa Anderson, president, American University in Cairo had stated at The World Economic Forum in Dubai that over the coming decade China’s growing clout and power, and the world’s reaction to that, would be eclipsed by urgent matters like the Middle East crisis.