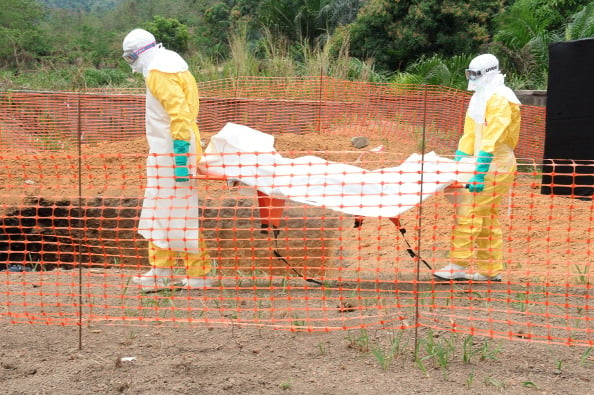 The deadly Ebola virus has claimed over 1,900 lives and infected roughly 3,500 others, becoming a cause for concern not just in in West africa, where the outbreak is spreading, but also across the world.

The growing threat from the virus urged the World Health Organisation (WHO) to hold an emergency meeting in early august, following which the uN body declared that the Ebola outbreak in West Africa constituted a ‘public health emergency of international concern’.

“The possible consequences of further international spread are particularly serious in view of the virulence of the virus, the intensive community and health facility transmission patterns, and the weak health systems in the currently affected and most at-risk countries,” the WHO said in its report.

The current outbreak of Ebola began in Guinea in december 2013, and has since spread to Liberia, Nigeria, and Sierra Leone. According to the latest WHO figures, a total of 2,615 cases (1,528 confirmed, 142 new, 733 probable, 354 suspect) have been reported including 1,427 deaths.

According to the WHO, this is the largest ebola outbreak ever recorded in history. One of the primary reasons for the swift spread of the virus is lack of awareness in the affected countries and frail health systems.

“Their health systems are fragile with significant deficits in human, financial and material resources, resulting in compromised ability to mount an adequate ebola outbreak control response,” the WHO said.

It also blamed the high mobility of local populations, inadequate infection control practices in health facilities, inexperience in dealing with ebola outbreaks and misperceptions of the disease, for aiding the virus’ unabated spread.

“With urgent, tougher measures and more resources, the outbreak can be stopped in the affected countries,” she said.

The virus currently has no cure and there are no specific anti-ebola agents.

“The treatment is supportive and it is better to start at the earliest through the use of IV fluids, medications to control fever, maintain blood pressure, oxygen to help with breathing, antibiotics to prevent secondary infection and good nursing care,” explained Dr. Jassim.

However, despite supportive care, the mortality rate for the virus is between 50-90 per cent. Research is ongoing to develop a vaccine, not to cure the virus but to prevent it from developing. The vaccine is not yet commercially available, but could be by next year, according to Dr.Jassim.

“Recently, there is also an experimental serum which was given to treat two patients which showed results to some extent, but it cannot be told that this therapy is promising,” she added.

All of the affected countries including Nigeria, Liberia, Guinea and Sierra Leone, have declared national emergencies in a bid to control the virus.

Meanwhile, the Who has declared that there is no requirement for a general ban on international travel or trade with affected countries.

However, it urged countries to conduct exit screening of all persons at international airports, seaports and major land crossings, for unexplained febrile illnesses consistent with potential Ebola infection.

Any person suspected of being infected should not be allowed to travel unless it is part of an appropriate medical evacuation, the UN body advised.

Several airlines have suspended flights to the affected regions as a precautionary measure.

“Many considerations should be taken before implementing travel restrictions,” said Dr. Jassim, calling Emirates’ decision a “good” one.

She added: “Regarding other airlines it is up to their country and health authority to decide when, which and how to implement preventive measures accordingly.”

The death of a Saudi national in early august, who displayed symptoms of viral haemorrhagic fever following a business trip to Sierra Leone, led to fears that he may have been infected with Ebola.

However, the Kingdom’s health ministry confirmed that tests returned negative.

As a precautionary measure, the Kingdom announced that it has suspended umrah and haj pilgrimage visas for citizens from all Ebola-hit countries including Liberia, Sierra Leone and Guinea.

Health officials also said that they would be monitoring all passengers at airports.

“We are checking pilgrims coming on airlines from West and Central africa, and also from other countries, since pilgrims could have been on transit in the endemic countries and can potentially be carriers of the virus,” sami badawood, director general of the directorate of health affairs in Jeddah, told Saudi daily Arab News.

He added that suspected cases would be quarantined and sent to a designated hospital for specialised treatment.

Looking ahead, it is difficult to say how quickly the spread of ebola virus will abate, admitted Dr. Jassim.

“But with assistance from the Who, Médecins sans Frontières and other organisations and by urgently implementing the advised measures, it is possible to provide better patient care and interrupt the virus’ transmission.”