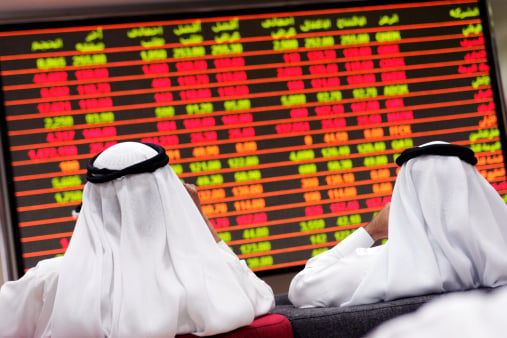 The spectacular rise and fall of Arabtec, Dubai’s most heavily traded stock, teaches hard lessons about how risky the region remains for investors even as its rapid economic growth lures billions of dollars in fresh funds from abroad.

Wild trading by local retail investors who dominate activity, plus weak corporate disclosure and a hands-off approach by regulators, can make a toxic mix, and on occasion destabilise entire markets.

Last month, the United Arab Emirates and Qatar were upgraded to emerging market status by index compiler MSCI, a big step in the Gulf’s effort to become a mainstream destination for international portfolio investors.

But within weeks, a collapse in the share price of Arabtec, a major regional construction firm and one of Dubai’s most prominent companies, has shown the limits of that progress.

Earlier this year, frenzied buying by local individual investors, much of it leveraged, drove the stock far above prices which analysts considered justified.

Then the sudden resignation of Arabtec’s chief executive, who had unexpectedly amassed a huge stake in the firm, fuelled rumours of management turmoil. The share price halved in less than a month, erasing some $3.9 billion of market value.

All the while, Arabtec has declined to answer important questions about its business strategy and its relationship to major shareholders. Angry fund managers say the resulting uncertainty has hurt the whole market, including shares of healthy firms.

“These types of things do not happen in developed markets, where regulators play an active role in ensuring transparency,” said Shakeel Sarwar, head of asset management at Securities & Investment Co in Bahrain, a major fund manager.

“Since the UAE markets are now part of MSCI’s emerging markets index, I hope that things will improve on the regulatory front going forward.”

The UAE’s Securities and Commodities Authority (SCA), which has “providing sufficient information and data to all parties involved in the capital market at the same time” as one of its missions, did not reply to emailed requests for comment. Dubai’s bourse declined to comment.

Arabtec says on its website that it has been described as the “Darling of the Dubai Financial Market”, and until recently that label appeared justified.

The company’s share price more than tripled between the end of last year and mid-May, buoyed by its announcement of huge new projects at home and abroad. In Egypt, it said it had won a $40 billion deal to build one million homes in coming years.

By May, most analysts surveyed by Reuters had a sell on the stock – but still it kept rising. Much of the buying was with borrowed money; this year Dubai’s bourse accredited eight new margin trading providers – brokers who offer leverage to customers – bringing their total number to 19.

The bubble appears to have been inflated by two factors. One was the MSCI upgrade. Though the amount of foreign institutional money which entered Dubai in response to MSCI’s decision was relatively modest, estimated at around $1 billion, individual investors in the UAE and around the Gulf took it as a cue to buy.

A second factor was buying of Arabtec shares by its chief executive Hasan Ismaik. In late May, Arabtec said Ismaik had raised his stake to 21.46 per cent from 8.03 per cent; there was no explanation of why, or where he obtained the money. In mid-June, when Ismaik resigned, bourse data showed his stake had risen further to 28.85 percent.

By then, the bubble had begun to burst and Arabtec shares were in freefall. News that Abu Dhabi state fund Aabar Investments, a major shareholder, had suddenly cut its stake in the company to 18.85 per cent from 21.57 per cent cast doubt over whether Arabtec still had Aabar’s deep-pocketed backing.

Arabtec shares plunged as much as 60 per cent between mid-May and Tuesday this week, though they rose 5.1 per cent on Wednesday.

Throughout the debacle, Arabtec has issued a string of statements saying its business remains strong and that it will protect shareholders’ rights.

But it has not clarified key issues such as the make-up of its future management team, its relationship with Aabar, what might happen to Ismaik’s stake, and whether all of the projects initiated by Ismaik will continue.

The company has not held a news conference, and the bourse has not suspended its shares pending clarification. Adding to the mystery, Aabar has declined to make any public comment on its intentions toward Arabtec.

The sight of one of Dubai’s high-flying stocks falling to earth unnerved the entire Gulf on Tuesday. Markets around the region dropped, with the main Dubai index plunging 6.7 per cent.

In the long run, the Arabtec debacle looks unlikely to derail Dubai’s stock market. Economic growth and the real estate market are strong, so equity market losses are likely to be absorbed without significant damage to the financial system; the Dubai stock index is still up 26 per cent year-to-date, though down 21 per cent from its mid-May peak.

Hard-bitten foreign fund managers who came to Dubai because of the MSCI upgrade were ready for such volatility, and many of them are believed to have got out of Arabtec before it crashed. As of May 31, the top foreign shareholder in Arabtec was Vanguard Group with 1.22 per cent, Thomson Reuters data showed.

“The reality is that institutions do not gain index exposure with their eyes closed,” said Broby.

A monthly Reuters survey of 15 leading investment managers in the Middle East indicated that after buying in early 2014, many funds started to cut their Dubai holdings one or two months before the MSCI upgrade occurred at end-May.

Dubai’s army of individual investors bore the brunt of the Arabtec losses; some of them may feel they learned a lesson from the crash and trade more cautiously in future.

At the very least, trading turnover may be lower and price swings less dramatic in some of Dubai’s most speculative stocks in coming months.

It is not clear whether the Arabtec debacle will cause UAE regulators to review the way they handle corporate disclosure. They have given no sign of doing so, but the UAE aims eventually to be upgraded to developed market status by index providers.

A local fund manager, speaking on the condition of anonymity because of the sensitivity of the issue, said the SCA needed to investigate the matter to restore investors’ confidence.

“It has a duty towards companies, towards investors, towards society at large,” he said. “Capital markets are a reflection of the economy and now credibility is hit.”