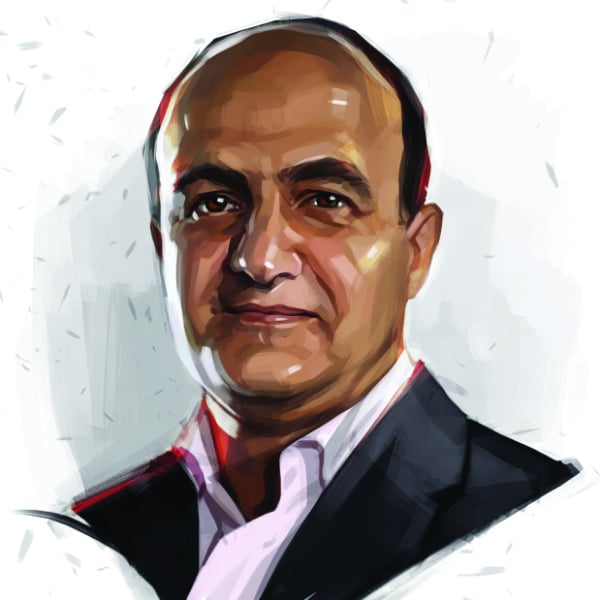 To ‘expect the unexpected’ is at the core of the advertising, marketing and communications industry.

If we go back in time and track all the changes and developments that have taken place, many of them have been unanticipated. These include decoupling the media and creative offerings, the emergence of digital channels and specialists, the rising power of social media, an increase in engagement with consumers instead of one-way communication and the decline of traditional media.

Having said that, little to no progress has been seen in some areas including some of the industry’s common issues such as measurement of research, code of pitches, a proper and fair remuneration model, talent poaching and others.

It’s true that the advertising and media industry has evolved significantly across the Middle East and North Africa.

However, the level of evolution varies by market. In developed markets such as the United Arab Emirates, it is evident that we are on par with international markets with regards to digital thanks in part to the local presence of international digital players such as Google, LinkedIn, Twitter and Facebook.

We have witnessed a mushrooming of agencies and communication channels disproportionate to the growth of spends and demands, which in turn has increased the competition and the pressure on the bottom line for all players in the industry.

On the other hand, we have seen big companies either close, shrink, or be partially or fully sold. Needless to say, the current bigger role and majority ownership of international parent companies in most of the regional agencies has led to a shift in power.

Media is an ever-changing industry, driven mainly by technology and consumer lifestyles, behaviour and demands. People are always connected and ‘always on’. This is now the default status rather than a trend. Multitasking has become a reality, given the fact that people have migrated to the multi-screen world and consume media in a more complex and connected way.

A mobile phone is a must-have device and most people cannot live without it for more than five minutes. Yet media investment on mobile is still low, which creates a great opportunity for innovative brands. Content remains king, but not in traditional ways. Brands are compelled to create content and assets that are tailored to consumers’ passions. Integrating brand stories in such content will only take their message further.

In all of these cases and more, the speed and agility of agencies will be a key factor in their success.

Today, integration is at the centre of successful communication and all players in the market realise the importance of data. Given that data enables deeper consumer understanding and insights, lots of effort should be invested on this front. Credible and robust data will also be key for the success of brands in the future, yet data could be a double-edged sword if the information lands in the wrong hands or if it is wrongly used or abused.

The communication key performance indicators list will become more agile and responsive in years to come. Basic tasks such as brand awareness will no longer be part of the set KPIs, especially when the brand is at a mature stage. Groups that mainly or solely leverage this task will go out of business. A new set of KPIs currently exists such as leads, conversion and engagement – with more to be added as the consumption of media evolves.
The current business model for agencies and media is not sustainable. There’s a strong need for re-examination and the creation of a fair, transparent, realistic and cohesive one.

These are some of the lessons we can learn from the past, helping to answer some important questions. Are we controlling our own destiny or following what others do? Are we adapting quickly enough to the changes around us? Are we predicting future trends and being proactive rather than reactive? How can we have an open and adaptive mind-set? How can we avoid mistakes that occurred in the past? How can we be truly agile?

Simply evolving and adapting will no longer be sufficient for future success. Speed and agility are what will make a difference.

Samir Ayoub is delegate of the board at Mindshare MENA