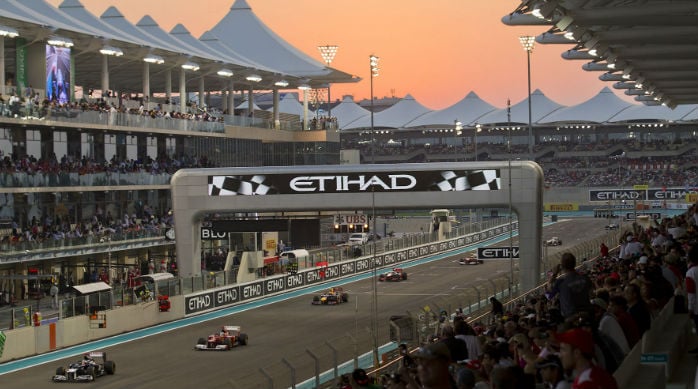 The Abu Dhabi Formula 1 Grand Prix this year will take place from November 23 to November 25 at the Yas Marina circuit‎, with thousands of F1 fans expected to gather to watch the likes of Kimi Raikkonen, Daniel Ricciardo and Lewis Hamilton battle for victory.

Not only is this the 10th anniversary for the Abu Dhabi Grand Prix, but it is also Ricciardo’s last race for Redbull and Fernando Alonso’s last race in the sport. To celebrate a decade of racing in Abu Dhabi, race sponsor Etihad Airways has also announced its new Formula 1 livery which will be featured on a Boeing 787-9 involved in a low-fly by over the city this weekend. 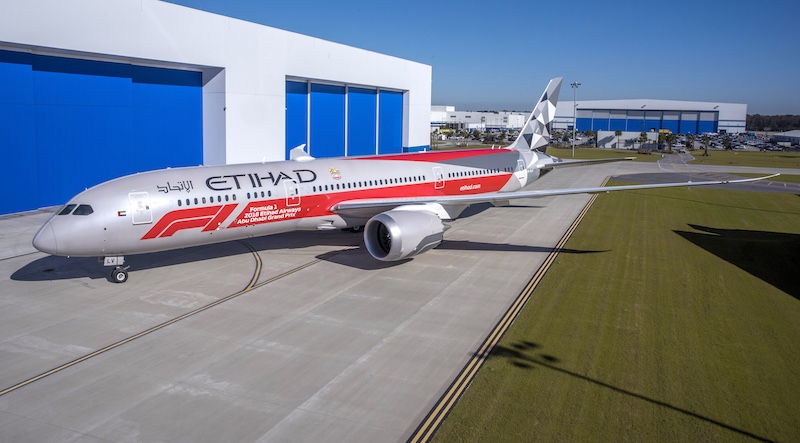 With the Yas Marina circuit being one of the longest in F1 at 5.5km long, the drivers will need to complete 55 laps during the final race on Sunday. The Yas Marina Grandstand is expected to seat 60,000 fans who will receive a great listening and viewing experience as the cars enter the straight.

Performances during the weekend

As always, there will be a big line up of artists at the Grand Prix after-race concerts throughout the four days including Post Malone, The Weeknd, Sam Smith and to finish the weekend, will be a special performance from Guns ‘N Roses.

Alongside these performances, the likes of French Montana, Sigala and DJ Ravin and Tyga are also slated to perform.

The UAE’s biggest indoor nightclub which will host a different special guest every night. Nelly is performing on Thursday, French Montana on Friday, Saturday’s special guest is yet to be announced and Future will make an appearance on Sunday.

W Hotels will transform its rooftop terrace into a pop-up party destination from November 22 to 25 at 9pm every day. Performances from artists such as Lucy Stone, Kristina Dolgova, Mark Adams and DJ S.O.N.Y.A and many more will occur on a daily basis.

Spread across the four days of the race weekend daily from 4pm to 11pm, F1 guests will be able to visit a Yas Marina’s trackside restaurant for Dhs450 to dine while overlooking the racetrack. Some of the restaurants included are Origins, Atayeb and Kazu.

Dubai hotel Atlantis, the Palm has partnered with Flyhigh Dubai to offer a helicopter chauffer service for fans to avoid the traffic to get to the F1 this weekend.

Prices for a single flight in a shared helicopter start at Dhs3,045 each and to book an exclusive helicopter journey, it costs Dhs16,695 each way.

Flights will run every hour from 8am until 3am over the three days with each flight lasting 30 minutes.

A fleet of helicopters has been allocated to fly passengers from the Palm helipad to a spot that is only a few 100 metres from the Yas Marina circuit. From here, there will be a complimentary shuttle service to the circuit.

The choice of helicopters range from the Augusta 109, seating 5 guests, EC130 seating up to 6 guests and the Augusta 189 seating a maximum of 18 guests.

In an outrageous style, there will also be a chance to have a ride in a ‘super taxi’ across the UAE capital during the race weekend. Cars such as Lamborghinis, Bentleys and Maseratis will be picking up riders who book through ride sharing app Careem between 12pm and 8pm on any of the four race days.