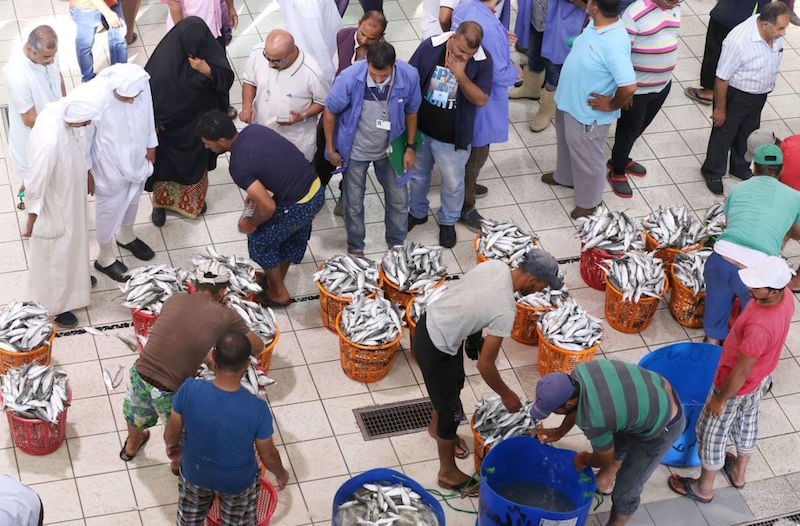 Expatriates in Kuwait have been banned from participating in fish auctions unless they have been authorised by the ministry of Commerce and Industry, local daily Kuwait Times reported.

The move is aimed at preventing ‘manipulation of fish prices’, the report quoted the ministry as saying.

The ministry had reportedly received several complaints that auctioneers – mostly expatriates – allegedly raise the fish prices to increase their profits.

A new circular now issued by the ministry will regulate the market “to guarantee stability of prices and regulate the auction process” and ensure supervision to “prevent manipulation”.

The circular stipulates an auction can only take place in the presence of a commerce ministry inspector, and that it had to abide by all directives issued by him.

All licensed owners, brokers and their assistants must carry their IDs at all times.

Those who do not have the ID cards will have to get from the ministry after paying the prescribed fee.

The circular also requires all the vendors to display signs with prices and the types of fish they are selling, and keep auction invoices and present them when asked by ministry inspectors.

Owners are not allowed to bid on their fish and the auction has to end after count five, the circular states.

Non-Kuwaitis or unlicensed expatriates cannot enter the auction area until the end of auction.

The ministry has also allocated the shares of bidders as follows: companies and restaurants 35 per cent, vendors 35 per cent, and consumers 30 per cent, the report stated.