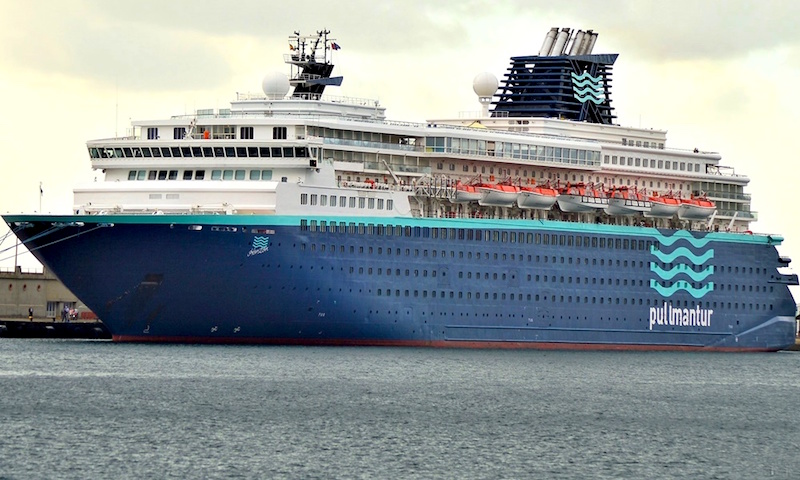 Dubai has been focussing heavily on boosting its cruise tourism industry, with a goal to welcome one million cruise tourists in the 2020/ 21 season.

In its current 2018/2019 season, the Dubai Cruise Terminals welcomed five international cruise liners in-port on a single day on December 7, with five such instances expected this season.

One of the five cruise ships that arrived on Dubai’s shores on December 7 is Spanish ship Horizon, operated by Pullmantur cruise line.

Making her maiden call to Dubai, Horizon is the first Spanish ship to be deployed in the region.

It is also the first time a Spanish cruise line is homeporting from Dubai.

With Dubai’s Hamdan bin Mohammed Cruise Terminal serving as its official home port for three months (until March 7), the ship makes weekly trips across the UAE and Oman.

During each homeport, the ship docks for over 36 hours in Dubai, allowing passengers to visit the city.

Gulf Business got an exclusive opportunity to take a tour inside the massive ship, which at 208 meters long and weighing 46,811 tonnes, can accommodate a total of 2,433 people on board including over 1,800 tourists.

The Hamdan Bin Mohammed Cruise Terminal – the biggest cruise terminal in the world in term of size and handling capacity – received more than 2.3 million tourists since its inauguration in 2014 and up to till end of 2018.

According to Dubai Tourism, the number of cruise tourists arriving in the emirate is expected to reach 725,000 in the 2018/19 season.

Looking ahead, the emirate is also hoping to serve as the homeport for 10 of the world’s leading international cruise lines.