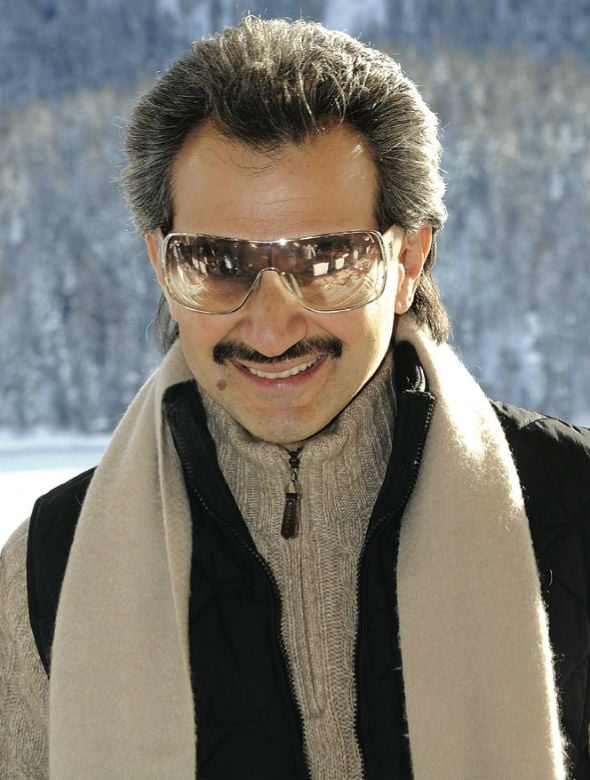 The company, which has investments in Citigroup, Apple and Twitter, has seen its share price more than double in the last 12 months.

The Prince also discloses key tips for investors in 2013, and reveals a day in the life of the Arab region’s most powerful man.

How did 2012 play out for Kingdom Holding Company, and what do you have planned for 2013?

Relatively speaking, 2012 was a very a good year for Kingdom Holding as we continued our investments and continued on our growth path. We have shown 10 per cent growth in our profitability year- on-year (as of the third quarter of 2012).

The year was good and it has also been reflected in the share price of Kingdom Holding, which more than doubled from SAR8 to a high of SAR20.90.

Can you tell us about the progress on the Kingdom Tower project in Jeddah?

Work began several months ago and it will take five years to finish it.

The adjacent real estate will also be developed simultaneously. This is a mixed-use project – it has residential buildings, offices, hotels and schools
and is spread across around 5.5 million square metres. The project will be able to accommodate around 75,000 to 100,000 inhabitants when complete.

Like Dubai’s Burj Khalifa, do you hope that Kingdom Tower will attract a lot of tourists when complete?

I’m not sure our main target is tourists, although tourists are also welcome.

Jeddah during Hajj attracts three million people and during Eid, religious tourists go from Jeddah to Mecca – so we will encourage them to come there. But our main target is local Saudis, unlike Dubai.

Moving on to another of your upcoming ventures, how is the Alarab news channel progressing?

Just to clarify, Alarab is a private project of mine, and is not part of Kingdom Holding.

Regarding the project, it has already begun and we have decided to be in Manama, Bahrain. Right now we are in the process of hiring and building the infrastructure around it. I think the news channel will begin sometime in late 2013.

Regarding your investment in Twitter, how profitable has it been? Where do you see the company headed?

Twitter is a fast-rising growth company in the social media arena. People these days are getting hooked on tweeting, and the clear objective right now is to reach at least half a billion active users.

If you have half a billion active users, it means that you are going to have around two billion tweets a day since the average number of tweets per person per day is four.

So if this is monetised well with advertising, you can see the growth of that company in revenues and profits.

Any timeline by when you expect the profits to start coming in?

I don’t have any inside information but I can only quote what the CEO and the CFO of Twitter are saying: that Twitter is profitable and on track to reach its goals.

Are you looking at any other digital acquisitions in the coming months? Specifically in digital, we are looking at something, but I can’t reveal further details.

When we spoke to you last year, you mentioned that the unemployment problem in Saudi Arabia was like a “time bomb that needs to be diffused.” Do you think the issue is being addressed at the pace that is required?

There’s no doubt that the issue of unemployment in Saudi Arabia is definitely a time bomb and I repeat it.

That’s because you have around eight million officially registered expatriates and you have a few million who are in the country illegally. So altogether, around 10 to 11 million expatriates are employed in the Kingdom, a humungous number, especially if you have two million Saudis who are unemployed.

This does not make sense and has to be stopped. There is no doubt that the Ministry of Labour is doing a good job, but I think we need to do more. We need to take more active decisions to enrol those two million Saudis in the workforce as soon as possible.

What are the ways to tackle the issue?

Right now, there’s a major disequilibrium in the system whereby getting expatriates from outside is still relatively easy. This is very unfortunate and dangerous. We should have a system that would make it more difficult to hire people from outside.

Having said that, the Saudis are also not yet trained to be in such jobs. So we need more vocational training for those Saudis to be able to replace those expatriates in a well-thought-out plan in the coming years.

As the most powerful businessman in the region, do you have any tips for investors?

And the micro level, you have to take initiative, you should be ready to take risks, and you must have ambition. All these micro and macro factors fall under one umbrella – high ethics.

But is it really that easy?

I think it’s easy, but people make it complicated. Life is not that difficult but you have to take the simplified approach.
I have plenty of time to be with my family, watch the news, read, even walk and swim and bike.
So really, you have to have a package deal whereby family, health, work – everything – is satisfied.

So would you say that you have the best job and that you are living the best life you could live?

I can’t say that. I am happy, but no one can always be happy. But there’s a level above happiness – serenity. With me, I’m very punctual, precise and I want everything to be perfect.

But, God forbid, any investment doesn’t do well, I am not happy. Nothing will be perfect when you are so diversified and you are in more than 12 industries. Inevitably you will have some hiccups, problems or issues that will have to be resolved.

So I will never be 100 per cent happy. On the other hand, I have a lot of serenity, which is very important.

READ MORE: A Day In The Life Of Prince Alwaleed