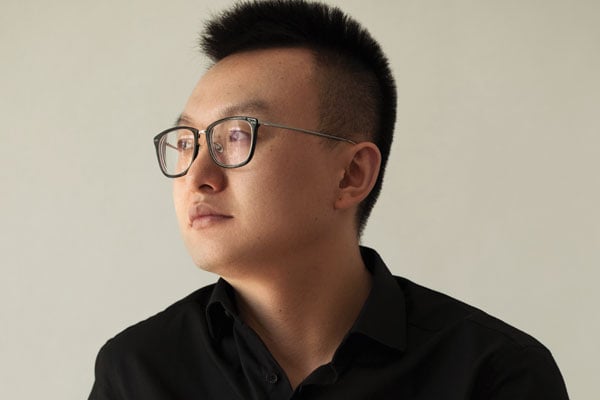 The ubiquity of smartphones is hard to miss – whether in a boardroom, an elevator, the train or at home when watching TV or having a meal. We have become dependent on phones for everything from telling the time, setting reminders and entertaining us to informing us about the latest news. And of course, for calling and messaging – the original purpose that mobile phones served.

The rapid rise of the smartphone market has also seen the emergence of a plethora of manufacturers – all seeking to grab a slice of the pie. New device launches were hotly anticipated events in the initial heady years of smartphones, with the grey market thriving in places like the UAE where the phones were not immediately available. While those days are now long gone, and the awe-factor has faded a bit, the need to innovate has only become stronger for the brands that have survived, outpaced the competition and remained relevant.

The need to innovate has been the driving principle for smartphone manufacturer OPPO, reveals Ethan Xue, the recently appointed president for the Middle East and Africa at the company. “We have invested heavily in research and development, and we now have 10 R&D centres around the world,” he says. 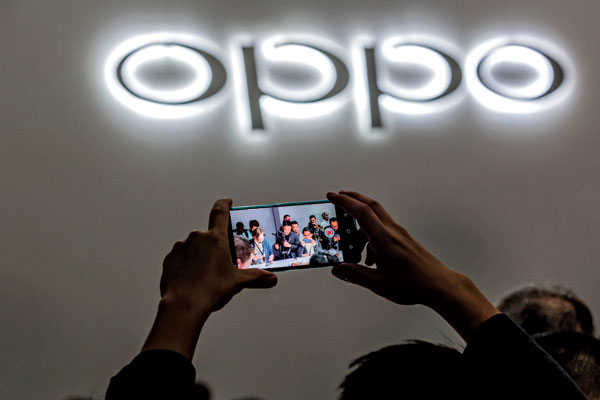 OPPO, which launched its first mobile phone in 2008, currently has a presence in over 40 countries and regions and employs over 40,000 people. Its investment in R&D this year equals approximately $1.46bn, according to Xue.

“Earlier this year we started work on a new research and development centre in Chang’an Town, in Guangdong Province, China, which will accelerate our R&D capabilities. The new facilities, along with the company’s existing R&D centres, will form a robust research engine to support OPPO’s continued innovation for the emerging era of intelligent connectivity.”

It is impossible to talk tech today without mentioning 5G. The new technology is set to revolutionise the smartphone market, with research firm Gartner estimating that by 2020, 5G-capable phones will represent 6 per cent of total sales of phones.

While several phone manufacturers released 5G-enabled smartphones in the first half of 2019, they are looking to introduce more affordable 5G-enabled phones in 2020 to improve slowing smartphone sales, the report said.

“As 5G service coverage increases, the user experience will improve and prices will decrease. The leap will occur in 2023 when we expect 5G phones to account for 51 per cent of phone sales,” said Ranjit Atwal, research director at Gartner.

All the GCC countries are expected to launch 5G mobile services in the next two years, with the UAE aiming to deploy 5G by 2020.

Regionally, OPPO was among the first brands to launch a 5G smartphone in the GCC with the Reno 5G. The device promises to offer “an accelerated, low-latency communication experience” which will offer users the capability to “download an HD movie over a coffee break” and “live stream a high-resolution video in a packed-out concert venue with no lag”.

Last month, OPPO also announced plans to launch the world’s first dual-mode 5G smartphone by the end of this year. The new device will be powered by Qualcomm’s dual-mode 5G mobile platform and will support both standalone and non-standalone networks. “This is just the beginning for the industry; we still need time to fully develop the ecosystem and allow it to mature,” explains Xue. “Users also need to get used to 5G, which will happen over time as 5G networks are extensively rolled out. 5G is the main focus of our industry and will continue to be for a long time. We will continue to invest and yes, there will be more 5G products launched soon.

“As for whether 5G devices will remain premium, they likely will for the time being; however, as with 4G smartphones before them, they will eventually become the norm in markets where 5G connectivity is ubiquitous,” he adds. 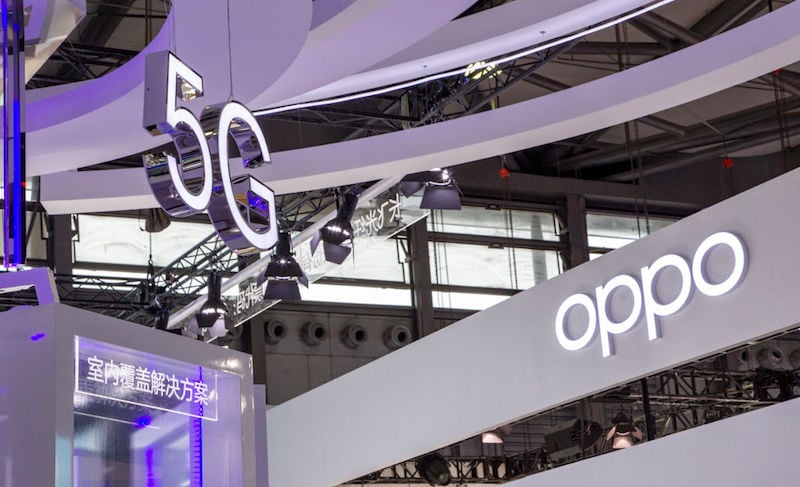 The GCC mobile phone market saw strong year-on-year unit growth of 11.5 per cent in Q2 2019, with shipments totalling 6.5 million devices worth $1.7bn, according to the latest report from IDC.

The smartphone market in particular was spurred by strong performances in Saudi Arabia and the UAE and reached 4.7 million units, up 19 per cent year-on-year. However, a decline in smartphone shipments was recorded in Bahrain, Oman and Kuwait, the report found.

“Smaller GCC markets like Bahrain, Oman, and Kuwait have seen their smartphone markets contract due to a reduction in consumer spending caused by the introduction of new levies, a difficult job market, and changing government policies,” said Akash Balachandran, senior research analyst at IDC.

“By contrast, Saudi Arabia’s smartphone market is seeing growth as the market finally stabilises following all the upheaval caused by domestic policy and regulatory changes in recent years.”

For OPPO, this year has seen strong expansion within the GCC region. “The GCC is an exciting market. Earlier this year, we moved our regional headquarters to Dubai. Saudi Arabia is a major market for us too. This year marked our first venture into the kingdom, where OPPO smartphones have been well-received. Saudi Arabian consumers – like the rest of the region – are tech-hungry and keen to have the latest innovations. OPPO smartphones cater to these preferences,” says Xue. 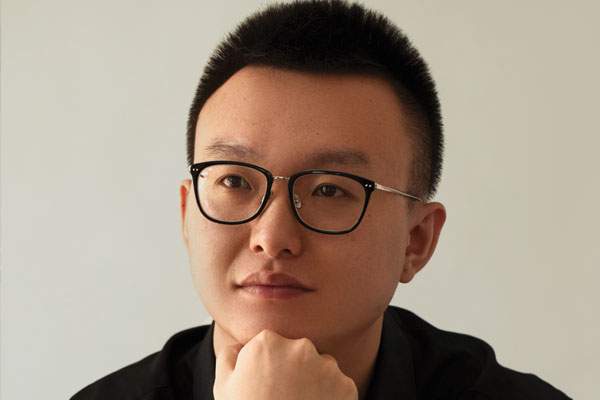 The GCC was also the first overseas region where OPPO launched its new premium Reno series. “From OPPO’s perspective, we consider all markets to be equally important,” he explains. “In the developed markets like UAE and Saudi Arabia, premium and flagship models take up a big share of the market, with entry-level also very popular. Consumers care about the brand as well as the features and that’s why we adjusted our product lines from entry and middle level phones to premium and flagship ranges,” he states.

On the other hand, certain markets in the wider MEA region have different preferences. “If sales of the whole smartphone industry in the UAE and Saudi Arabia are hourglass-shaped (both premium and entry-level takes big accounts), then in Egypt it’s – perhaps quite aptly – a pyramid, with higher sales for the entry level smartphones, followed by mid-level, with our flagships comprising a smaller percentage of sales.”

Despite the presence of multiple international smartphone brands in the GCC, Xue believes the regional market is not too saturated. “In comparison to markets such as China and Western Europe, competition in the GCC smartphone market is far from fierce. That’s why we consider this to be one of the most significant markets for OPPO, as there is considerably more growth potential here than in other markets around the world,” he states, adding MEA is now OPPO’s fastest growing overseas region. “More smartphone players in the market means more choice for consumers, so they are the real winners at the end of the day.”

One major trend that OPPO has concentrated on is catering to the demands of the youth in the region. According to the estimates, roughly half of the MENA region’s population is aged under 30. And the youth have specific tastes when it comes to smartphones.

“Young smartphone users are looking for three things in a smartphone: superior camera, long-lasting battery, and enough storage to handle the large number of images they like to capture,” explains Xue.

These are the main aspects that OPPO aimed to incorporate in its Reno series, he says. The company has also worked with influencers for the launch of its Reno2 smartphone, and launched marketing campaigns with the International Cricket Council (ICC) and Wimbledon, among others, to better target its young audience in the region. Xue asserts that the company best understands the needs of the youth because most of its employees are millennials. 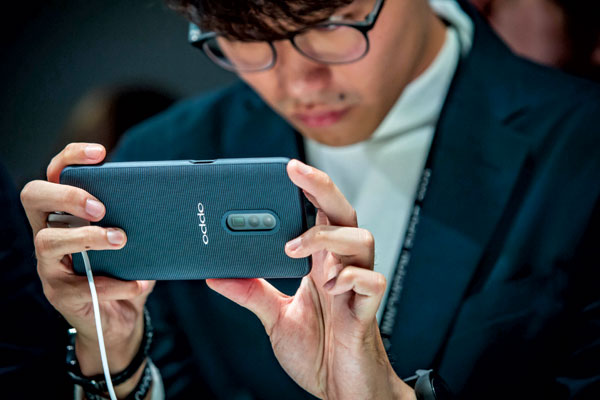 “Engaging with youth and becoming one of them is a core priority for us,” says Xue, himself a millennial. “This is reflected in the culture that we have within our company as well. The average age of OPPO employees is under 30. There are several senior employees including directors and a vice president who are around 30. So as a young company and being young people, it is truly easier to understand the youth,” he elaborates.

“We understand that whatever the latest fad or preference may be in smartphones, the core demands remain the same. Consumers want a smartphone that offers superb photography, a long-lasting battery, and large storage capacity. These features remain at the core of every OPPO smartphone.”

Looking ahead, IDC expects GCC smartphone shipments to end 2019 up 10.1 per cent year-on-year. Long-term, the wider mobile market is anticipated to expand at a compound annual growth rate (CAGR) of 2.9 per cent through to 2023. “Major events in the region, such as Expo 2020 in the UAE along with an anticipated recovery in the GCC’s smaller markets will help sustain smartphone growth in the long term,” said Nabila Popal, a senior research manager at IDC.

“This growth will be further fuelled by the introduction and rapid proliferation of 5G devices and other form factors, such as foldable devices, that are also expected to drop in prices quite rapidly towards the end of the five-year forecast period.”

But IDC also warned that 5G will not be “the salvation to all the challenges facing the stagnating smartphone industry”, adding that the “excellent support, widespread networks rollouts from telecom operators, customer education on 5G, and the release of devices at the right price point” will all be critical to reduce the ever- lengthening refresh cycle.

For OPPO, the MEA region is the brand’s fastest-growing overseas market and is now also profitable after sales doubled in comparison to last year. “So our investment so far is starting to pay off, and I intend to maintain and further strengthen this trend,” says Xue. “In terms of sales channels, we are continuously extending these through partnerships with retailers to create additional points of sale awareness,” he says.

As for its products, the focus will remain on mid- to high-end offerings. “We are planning on bringing more flagship and 5G products to the region, as well as some Internet of Things (IoT) products. We will also implement more marketing campaigns to get closer to our target audience, which is young locals across the region. Meanwhile, with our official entrance into Saudi Arabia, we see a lot of potential for growth. The youth of Saudi are tech-savvy, have high consumption power, high popularisation of the internet, as well as high smartphone adoption,” he says.

OPPO may also look at building several exclusive stores in the region, Xue reveals. “When it comes to OPPO, we have one philosophy – if it’s something we believe in, we invest.”

With a focus on investing in the future – both in terms of technology and the youth – OPPO appears to be calling the right numbers. And for now, the connection seems to be strong.