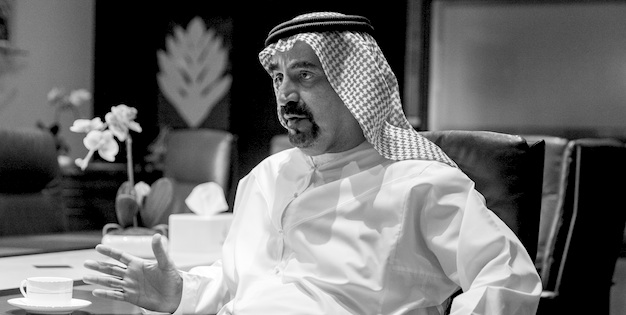 Dubai-based developer Nakheel has hit out against reports claiming the company imposed arbitrary hikes in application fees for villa extensions within its communities.

In an exclusive interview, Nakheel Chairman Ali Rashid Lootah said that the increase in fees did not breach any contract.

“We have a contractual commitment with the owners, and it’s up to the developer whether to allow extensions or not. We see the bigger picture – every community has been master-planned for a certain capacity of people. If we allow people to increase rooms right and left, the size of the community increases, which is not good,” he said.

Expanding the community will require more infrastructure and lead to issues such as increased traffic congestion, he added.

“I look at it in a contractual way – did we breach any contract? No. We are within our right – there is nothing in our contract about fees and it is our call.”

According to Nakheel’s ‘Guidelines and Procedures for Villa Extension Applications’ document, fees for villa extension ranged between Dhs600 sq/ft in Palm Jumeirah, and Dhs150 sq/ft at Jumeirah Village and Al Furjan.

However, late last year, it was reported that the developer hiked up those application fees by between 150- 200 per cent.

According to Lootah, the developer’s board decided on the move since more and more owners were looking at expanding their properties.

“We wanted to control the situation since it was getting out of hand. Since our fees were reasonably low, people wanted to expand their property because they think they will gain more when they sell.

“Other companies don’t even allow extensions. It was accepted in Nakheel before and we don’t want to say no. Hence we decided to hike the fees. If it [the extension] is for a serious need, people will pay. If it’s for a commercial benefit, they will not go for it,” he said.

He added: “We looked at the benefit of the whole community and a lot of people were actually very happy with our policy.”

While villa prices on average are expected to decline this year, communities such as Palm Jumeirah continue to demand high returns.

A recent report by luxury property firm Luxhabitat found that Palm Jumeirah sold the most number of villas priced above Dhs5 million across Dubai last year.

The total value of transactions in the locality reached Dhs1.35 billion, with an average price of Dhs2,975 per square feet, the report said.

The most expensive villa sold last year in the emirate was also within the Palm, with the 7,613 square feet villa selling for Dhs58.5 million.

The entire exclusive interview with Ali Rashid Lootah will be out in the April issue of Gulf Business.