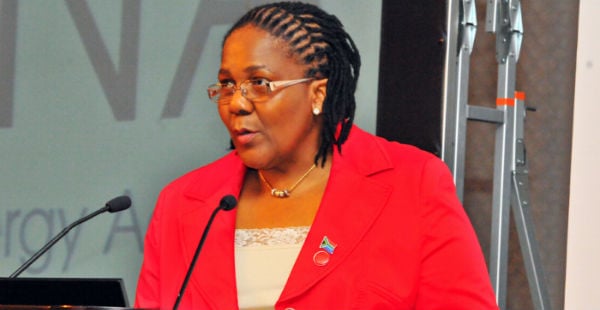 “We are attracting investors from all the over the world and I am happy to indicate that when I was here in October 2012, Sultan Al Jaber, the CEO of Masdar indicated to me that they are interested in the third window [of bidding for renewable energy projects] and the ensuing windows,” said Elizabeth Dipuo Peters, minister of energy for South Africa.

Speaking on the sidelines of the World Future Energy Summit in Abu Dhabi, she said that the country was on track to achieve its goal of sourcing 42 per cent of its power from renewable sources by 2030.

“What our plan does is that it has broken down the 42 per cent on how much must kick in every year from 2016,” she added.

The African nation is planning to increase investment in renewable energy production from $3.6 billion in 2010 to $57 billion by 2020.

“South African President Jacob Zuma was in the UAE last year for a state visit and in his meetings with the leaders, he made a commitment on partnerships and energy is one of the areas of partnership we are going to be working on.

South Africa’s energy demand is expected to double in the next twenty years, but the energy minister stated that the additional demand has been factored in its plan.

“The South Africa energy mix plan is based on the assumptions that demand will grow related to the economic growth potential as well as the need to supply access to those who don’t have it,” she said.

“But our plan is also a dynamic one; it allows for review. When technology becomes cheaper, more efficient or faster, it means we can factor that in and be able to bring in newer or cost efficient technologies.

“For example, the cost of wind has gone down a bit. The first window of opportunity was higher than the second window, so we believe that third window of procurement, which is coming this year, will be even cheaper. So it means the cost of renewable energy will definitely come down,” she added.