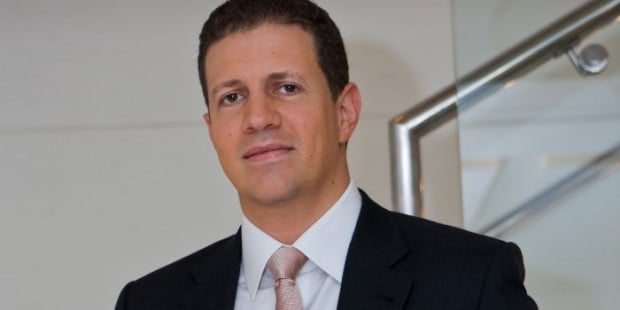 Few businessmen found a silver lining in the Arab Spring. The uprisings, which swept more than a dozen countries in the region, froze economies, damaged trade links and caused the loss of tens of thousands of jobs. In the first year alone, the cost to revolution-hit nations reached $55 billion, according to consultancy Geopolicity.

However, for Majid Jafar, CEO of UAE-based oil and gas company Crescent Petroleum, the upheaval signalled potential. As Arab nations look to kickstart their stalled economies and ramp up job creation, he predicts the process will unlock a wealth of new opportunities for private sector companies.

“Some foreign companies may look at the region and see enhanced risk, but we see opportunity,” he says. “Governments need to encourage investment and make progress very quickly – there isn’t a lot of time and expectations are high. Whether it’s Egypt, Tunisia or Yemen, we see a lot of potential in these economies as they begin to open up.”

Crescent Petroleum is well accustomed to being a first mover. In the early 1970s, it was the first privately-held regional firm to secure petroleum concessions in the GCC. In April 2007, while oil majors fretted over Iraq’s unstable political climate, Crescent quietly signed a deal to develop two gas blocks in the northern Kurdistan region, in partnership with its sister firm Dana Gas. Five years and nearly $1 billion of investment later, the Khor Mor gas field produces 80,000 barrels of oil equivalent per day. This feeds into local power stations to churn out 1,750MW of round-the-clock electricity for four million people across the region.

It’s a sharp contrast to the situation further south in Baghdad, where blackouts remain a daily irritation.

In 2010, Crescent inked a deal with Russian state-backed oil major Rosneft to seek joint opportunities in the Middle East and North Africa. The deal, which saw Crescent sign over 49 per cent of its onshore gas concession in Sharjah, marked the first major push into the region for the Kremlin’s oil arm. The contract was closed in less than three months.

“We pride ourselves on our ability to move quickly, to take decisions quickly and to manage local risks – whether security, logistical or political risks – at lower costs than some majors,” says Jafar.

“We understand the risk profiles and we’re better placed to negotiate them.”

Last year’s uprisings highlighted the dangers for Arab economies dependent on petrodollars, dominated by the public sector and failing to keep pace with their swelling labour forces. The Middle East has twice as many government employees per head as the global average and a dearth of private companies; less than one-third of the number per 1,000 people in Eastern Europe and Central Asia. The risks have been exacerbated as regional governments have sought to restore order by bolstering spending on wages, energy subsidies and food, putting fresh pressure on stretched state coffers and driving the case for economic reform.

Middle East governments are arguably most dominant in the hydrocarbons sector, where a clutch of state oil companies control the bulk of regional oil and gas assets. But this, says Jafar, could be poised to change as the private sector picks up speed.

“We’re now realising that the private sector is better able to manage any commercial venture more efficiently and cost-effectively and that creating monopolies of any kind creates waste,” says Jafar. “The easy oil has been largely produced in the region. The new developments will require enhanced investment and there is no reason why the state should use its own money.

“The government’s role, in my view, should be one of regulation. But it should resist the urge to be the operator and manager of commercial enterprises.”

The end of so-called ‘easy oil’ in the Middle East bodes well for small and mid-cap players such as Crescent Petroleum. Companies are increasingly turning to enhanced-oil- recovery techniques to coax oil from geographically-challenging reservoirs and maintain production at mature fields.

The cost can run into billions of dollars, making it a gamble for cost-conscious majors and potentially helping smaller, nimbler independents to gain a foothold.

“The supermajors can’t take advantage of moving quickly if it’s not a billion barrels of oil. It doesn’t make sense to them,” says Jafar. “They used to claim competitive advantage in three key areas – access to capital, better technology and the ability to deal with the politics. None of those hold true anymore.”