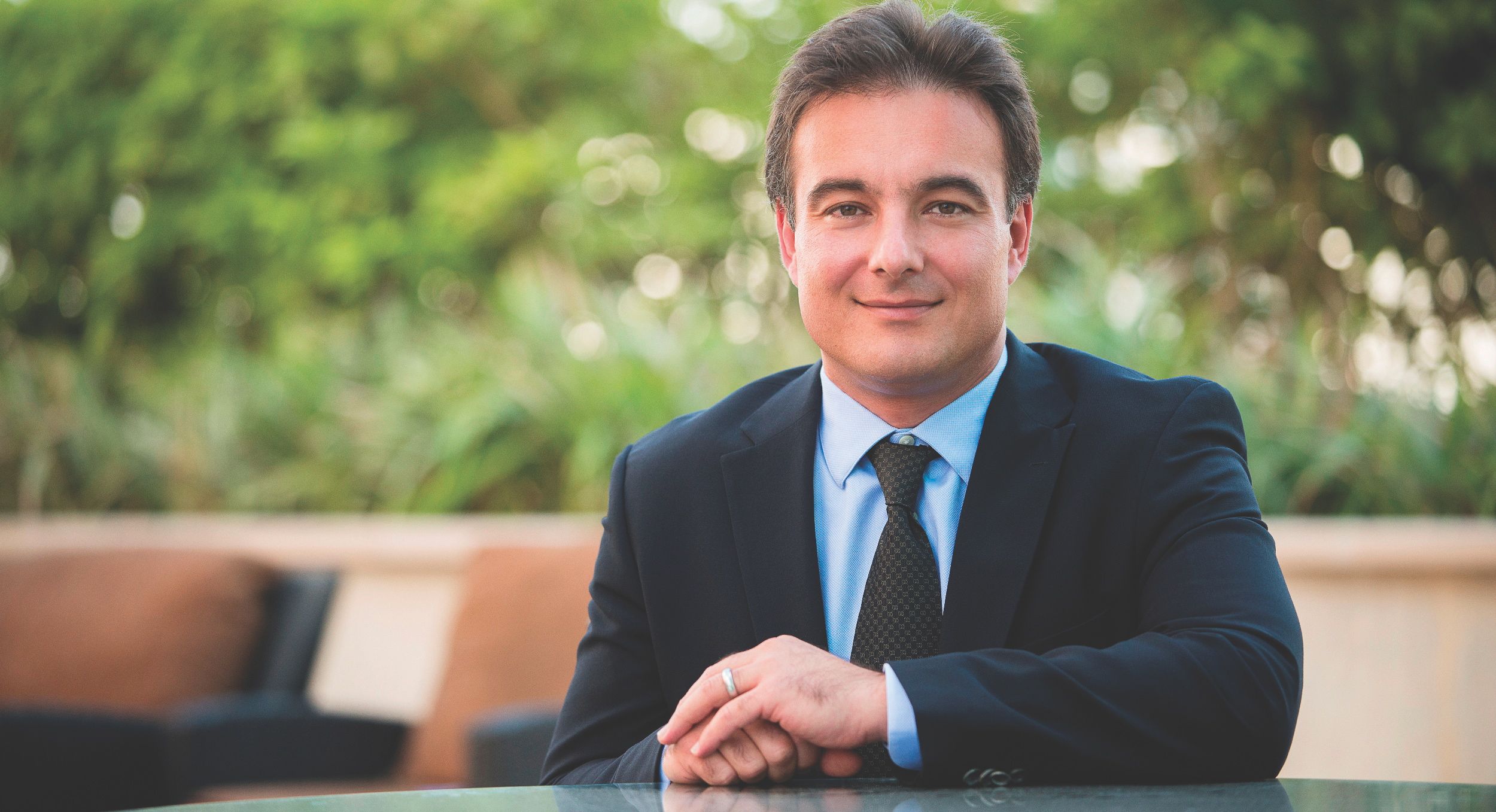 With 17 operational malls across the MENA region, UAE-based Majid Al Futtaim Properties (MAF Properties) is firmly established as one of the foremost mall operators in the region.

But the company is aspiring for much more, with plans to diversify and be recognised as one of the leading property players across the MENA region within the next few years, with operations in malls, hotels, mixed-use developments and project management.

As CEO of MAF Properties, George Kostas is tasked with leading the charge on the property side.

A huge whiteboard filled with markings in his office is a telling sign of the preparations underway for the mammoth task at hand. Kostas, who took over the helm of the company in June 2013, says things are going well so far and that the region’s buoyant economy and positive growth figures are all aiding further development.

One of the key elements of the strategy is to decentralise the business and create autonomous units, he explains. “So MAF Properties becomes more of a holding company with an independent malls business, hotels business, mixed-use development business, and project management, construction and delivery business.”

While decentralisation and diversification efforts are underway, the focus will continue to remain on growing the company’s lucrative malls business throughout the region.

MAF Properties’ flagship destination in Dubai, Mall of the Emirates, is currently undergoing a massive Dhs1 billion redevelopment programme, set for completion next year. In February, the company unveiled the first phase of the plan, a new Dhs100 million, 50,000 square feet fashion district, including over 30 new fashion stores.

The second phase of the programme includes a 25,000 square metre expansion, and will be situated above the existing Carrefour store. It comprises a new VOX cinema complex and more retail, including brands that are new to the Middle East, says Kostas. It is forecast to be completed around April or May next year.

Phase three is expected to start after that and will be a combination of some general upgrades and refurbishments to the existing mall such as improving lighting and modernising elements of the mall. MAF Properties is also looking to add a third luxury hotel with a minimum of 300 rooms as part of the overall redevelopment, confirms Kostas.

Last year, MAF also revealed that the company is undertaking a reinvestment and repositioning programme in Deira City Centre, as part of which the mall will have new dining options, a new healthcare clinic and improved accessibility via a metro link.

“As part of our broader plans, we have about a dozen new shopping malls in the pipeline that we want to deliver over the next five years across the UAE, Oman, Saudi Arabia – a new market for us, Egypt and Lebanon,” says Kostas.

While Dubai has traditionally been considered a shopping hub, the plethora of new malls flooding the emirate has left mall owners searching for new and innovative means to attract visitors.

A big competitor to Mall of the Emirates is Emaar-owned Dubai Mall, which welcomed 75 million visitors in 2013. In a bid to entice more crowds, the mall recently introduced a massive 750kg crocodile in its aquarium and a 155 million year-old dinosaur skeleton display.

Kostas says mall owners should be “free to explore whatever they like” and that what matters most is what the customer wants. “We have to be customer centric and understand and deliver what people want – from the different types of products, services, retail and leisure opportunities. That’s when you create distinctive reasons for people to want to come back to your assets – if it’s a dinosaur, a crocodile, a Ski Dubai or a Magic Planet – as long as its focused on the needs of community, it’s fine.”

Despite the mushrooming of new retail offerings across the emirate, Kostas believes Dubai is not over-shopped.

“If you look at the macro picture, the MENA region is an emerging economy, is growing strongly and has a very young demographic,” he says.

“What that means is that a lot of young people are coming together and creating new households. So that creates a lot of growth opportunities because of wealth generation in terms of providing new housing, retail, leisure, entertainment for them.

“Dubai also has an enormous growth in the resident population, driven by strong economic success. There has been a very successful campaign by the government that encourages investment in new industry whether it’s manufacturing, technology, fashion or Islamic finance, which is a reason for more people to come and they need somewhere to shop and be entertained.

“Also on the other side you have a long standing strategy to create Dubai and the UAE as a tourism destination.

“So there is a lot of opportunity to create new retail assets whether they be big super malls or different types of retail,” he explains.

Along with the retail push, MAF Properties is also building up its hotels portfolio. The company currently has 11 operational properties including nine in Dubai and two in Bahrain. The company is constructing its 12th property, a Hilton Garden Inn, in Dubai and has two more projects in the pipeline, including the new MOE hotel and another mid- upper luxury hotel next to Deira City Centre.

“We are very keen on hotels but very focused on our malls, so we like hotels and we want to develop and own them provided they are around our shopping malls – that’s our strategy,” says Kostas.

“So our hotels are really there to support the tenants, the demographic aspirations in the malls. We like to say that we don’t develop malls, we develop retail resorts because what we provide is not just a place to shop. You can come to socialise, you can come to be entertained and you can pass leisure time.”

Currently, the company has roughly 3,000 hotels rooms and plans to double that figure over the next five years. However, the strategy remains centralised around Dubai, according to Kostas.

“Our hotel operations support the mall and in the Middle East there’s only one recognised retail tourism destination – Dubai. People come to Dubai to spend their holiday shopping. There aren’t too many other cities in the region that have that sort of industry to offer,” he says.

The company is doing a lot of work to see if it can replicate the experience elsewhere – Oman, Lebanon, Egypt or even Saudi Arabia.

“If we can prove that the link does exist, then we will be willing to build.

“So unless people are going to come to stay in our hotel to physically shop in our mall, I can’t see how we would move out of Dubai,” he adds.

Kostas admits that the biggest challenge hindering MAF Properties’ grandiose growth plans is finding the right talent. “It is a big challenge to find people that we need at the right places with the right skills and the aspiration for a longer term career in the various industries we are involved in.”

Currently the company employs about 920 staff directly and about 2,500 people indirectly, with the hotels.

“So a lot of our focus in achieving our growth is not just about finding the land, acquiring it and designing a mall; it’s also where are we going to find the people who can run that mall once it’s ready and run it as successfully as our other properties.”

Following a recent rebrand, the company is heavily concentrating on building capability, succession planning and solidifying top management. Kostas confesses that his personal aim is to transform the organisation for the future through these measures.

“A great outcome would be that no one will have to go outside MAF Properties ever again to find the next CEO because we were able to develop exceptional talent from within this organisation and the demographics of the countries where we operate in.

“I’d love to see an Emirati or an Egyptian or a Saudi or an Omani sitting in my role one day, driving this organisation,” he smilingly adds.