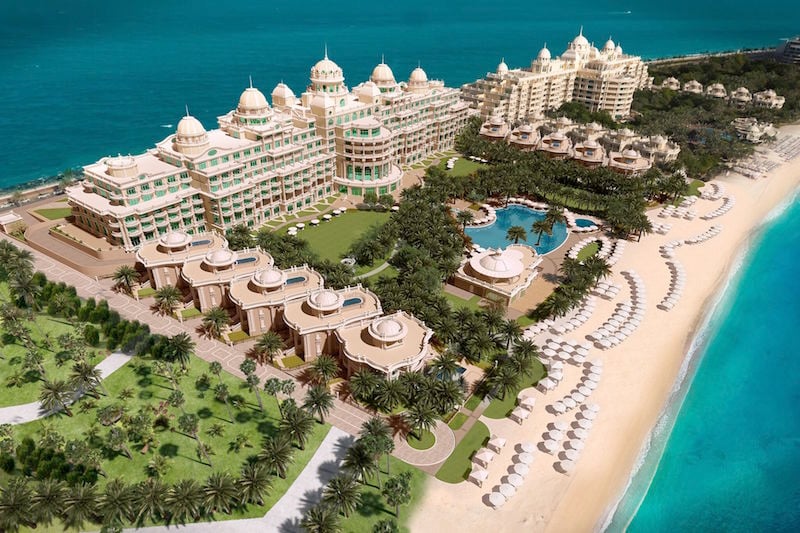 In a statement to Gulf Business, Kempinski confirmed that the decision, which took effect on May 1, 2021, was based on a mutual agreement with the hotel owner. The property falls under the portfolio of EPG (Emerald Palace Group).

“The hotel has been closed since April 2020 and is scheduled to reopen in September 2021. Following this extended period of operational inactivity, both parties have agreed to end their co-operation at this property, enabling them to pursue alternative opportunities,” it said.

“They maintain their partnership at the Kempinski Hotel and Residences, Palm Jumeirah, where occupancy is making a strong return and which will continue to benefit from Kempinski’s management.”

It added: “Kempinski Hotels thanks the hotel owning company for the constructive partnership at this property over the past three years and provides its full support for a smooth transition phase.”

The $700m Emerald Palace hotel, which faced delays for several years, opened to the public in November 2018.

The hotel features 391 guest rooms, suites and villas, with bespoke, handcrafted furniture, including 10 stand-alone four-bedroom villas in the gardens and adjacent shoreline.

Speaking to Gulf Business just ahead of the hotel launch, the then hotel manager Sebastien Mariette said: “At the beginning I didn’t understand why it was taking so long [to launch the hotel] but after I met my owner a couple of times – after discussing the project with him, I understood that he is very demanding regarding the quality and is very attentive to detail,” he said.

“While that’s not the only reason why the project got delayed, but the level of personal involvement and attention to detail that he got into is a major explanation for the delay,” he added.

The pandemic has had a massive impact on the UAE’s – and Dubai’s hospitality sector, as lockdowns and international travel restrictions affected visitor numbers.

However, the situation is expected to improve this year.

Speaking at an event on Tuesday, Issam Kazim, CEO, Dubai Tourism, confirmed that the city welcomed 1.26 million visitors in the first quarter of 2021.

“We remain very optimistic about the visitors numbers for this year,” he said.