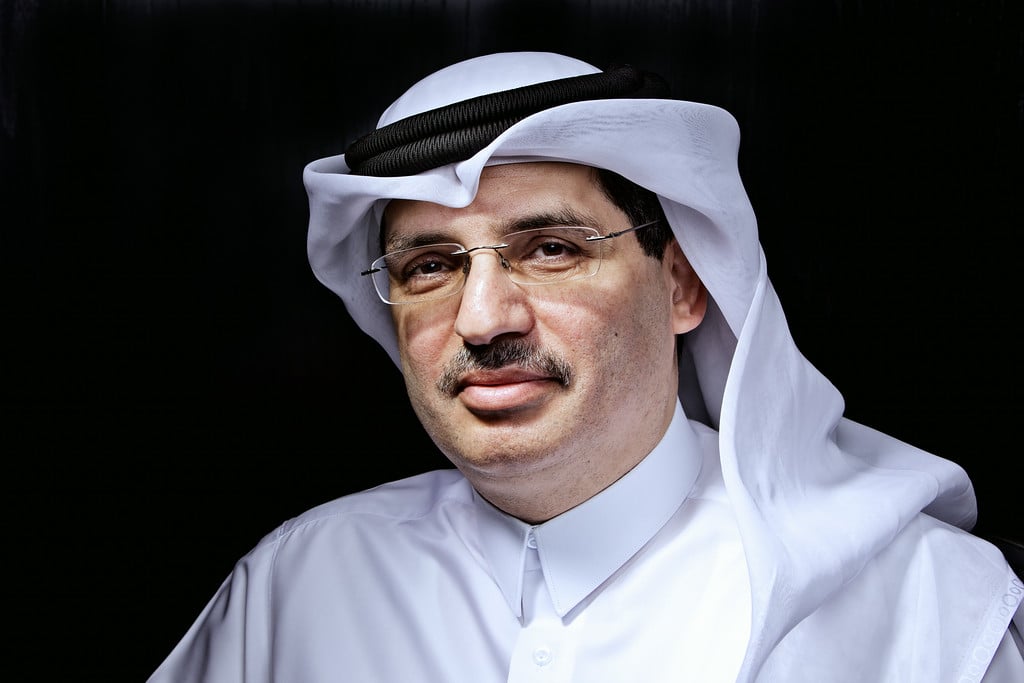 You don’t expect the CEO of telecommunications company to be a man of few words and Dr. Nasser Marafih, the chief of Qatar’s biggest operator, Ooredoo, doesn’t disappoint.

As we meet in a brightly coloured booth on the sidelines of an industry event, he quickly opens up about his fast-growing company, recent challenges that they have faced in Myanmar, and the massive burden that telecom operators face from government taxes.

One particular source of enthusiasm for Marafih is the company’s recent brand overhaul. It’s been over a year since Qatar Telecom (Qtel) unexpectedly unveiled a massive rebranding exercise in an attempt to bring all its subsidiaries under one umbrella. ‘Ooredoo’, meaning ‘I want’ in Arabic, was born in February 2013, and the initiative is progressing well, he says.

The rebranding is taking place in phases, with operators including Qtel in Qatar, Nedjma in Algeria, Tunisiana in Tunisia, Wataniya Maldives and Myanmar among the first to make the switch. Wataniya Kuwait became the latest to rollout the rebrand in May 2014, while Nawras in Oman, Indosat in Indonesia and Wataniya Palestine are also slated to adopt the Ooredoo brand this year, Marafih confirms.

“We are really excited about the new branding – it is really important. The objective is to bring the group together, to stand for one vision and to focus more on the customers and human growth. We want to be the company that stands for changing and improving people’s lives for the better, and it is important that the brand helps us in achieving that.”

RISE OF A GLOBAL PLAYER

Doha-born Marafih’s first association with Ooredoo began in 1992, when he came in as an expert adviser from the University of Qatar. He joined the erstwhile Qtel in 1994 as a director for Strategic Planning & Development and was later appointed CEO in 2001. Since then, the US-educated engineer has spearheaded the telecom firm’s expansion from a single-country operator to a multinational with 17 operations across the Middle East, North Africa and Southeast Asia.

Offering mobile, fixed, broadband internet and corporate managed services, the company, listed on the Qatar Exchange and the Abu Dhabi Securities Exchange, had a consolidated global customer base of more than 96.7 million at the end of the first quarter of 2014.

The group’s net profit increased 9.7 per cent year-on-year to QAR887 million ($243.62 million) in Q1, 2014, although revenue fell 3.4 per cent to QAR8.103 billion ($2.224 billion), which the company blamed on “the challenging operating environment and depreciation of the Indonesian Rupiah compared to first quarter of 2013.”

In line with its strong performance, Ooredoo was chosen as one of 10 Qatari stocks selected by index compiler MSCI to be upgraded to emerging market status earlier this year.

“The reclassification of Qatar as an emerging market by MSCI is positive for the financial sector and the wider economy. The inclusion of Ooredoo into their classification is also positive, and factors into our long-term thinking relative to our equity position. However, there’s no immediate impact on our business or our strategy,” clarifies Marafih.

The company’s strategy remains focused on growth across the regions that it currently operates in, according to the CEO. “We will focus on the MENA region and Southeast Asia. We will explore if there are greenfield opportunities in some of the countries where penetration is low; or if the market still has room for a new operator to come; or we will also consider the acquisition of an existing company,” he says.

When it comes to acquisitions, Ooredoo is very particular that companies meet its financial expectations. “We believe there are good opportunities in the market, but we need to be patient because sometimes people ask for a huge price and we are not willing to do the deal because it does not make business sense,” Marafih explains.

Announcing the withdrawal, Marafih said that although Maroc Telecom was a “good fit” for Ooredoo’s global portfolio, it was “no longer in the best interests of our shareholders to continue to commit capital to what has become a lengthy process.”

He admits that the company goes through a “number of opportunities” that are rejected. In a lot of cases, the evaluation is too high. “People think that their company is worth that much and we don’t think that is the case… the growth potential for some for these operations is not as high as people expect them to be,” he says.

In June 2013, Ooredoo was chosen as one of the two successful applicants (among 90 bidders) to be awarded a license to operate in Myanmar, considered one of the Asia’s last remaining greenfield telecom markets.

Formal licenses were granted in January 2014, and Ooredoo pledged an investment of $15 billion to develop Myanmar’s telecoms sector, with plans to cover 75 per cent of the population in five years. Infrastructure work has already begun, and services are slated to begin rolling out by the third quarter of this year, confirms Marafih.

“We know the opportunity in Myanmar is real and good and our approach is to provide a service that will really have a big impact on people, because we know this is important for Myanmar as a country – it is critical for other projects and industries and sectors. So it’s essential we do it in a timely fashion.”

However, along with logistical and infrastructural challenges, Ooredoo is also facing opposition from a segment of Myanmar’s Buddhist population, who are protesting the company’s Muslim roots.

“We see conflicts all around in many markets that we are in and that does not become a barrier – we believe that the services are going to be needed by everybody,” says Marafih.

“We believe that our going in can resolve some of these tensions – it [telecommunications] is important for the economy and for the people that are going to use the services… Whenever there is an increase in mobile penetration, it has a positive impact on GDP. In Myanmar in particular, because of the low penetration, we know that roughly an increase of 10 per cent in penetration could lead to around 1.5 – 1.8 per cent improvement in GDP. So if you raise that to 50 per cent, the impact on GDP will be much bigger. All this should encourage people that this investment should be welcomed,” he stresses.

While confident that the issue in Myanmar will be resolved, Marafih says a growing concern for telecom operators, not just in the Middle East but also across the world, is that of governmental taxation.

“We have seen in some countries that they look at telecom companies as a source of money that the government needs – they impose more taxes, or they look to impose huge fees on licenses.”

“Also, if governments impose taxes, it will have to be transferred to the customer at the end of the day and the customer will not be able to afford it. Whatever is invested, the operator has to recover that, otherwise they will not get the returns.”

The other concern looms from OTT (over-the- top) players such as Skype and Viber, who are rapidly gaining traction among customers both regionally and globally. “We need to start working with them and try and have more cooperation and partnership. We believe that a dialogue is needed because they should understand that they also need us and somehow we need to find a business-model which works.”

Marafih believes that that the market could expand if operators, government and OTT players work together. “As an industry, we need to start actually discussing the matter and have dialogues between all the parties.”

Marafih strongly believes in partnerships, and hence is glad to discuss the company’s new links with football star Lionel ‘Leo’ Messi, who was appointed Ooredoo’s global brand ambassador last year. “The partnership with Leo Messi and the Leo Messi Foundation emphasises our vision to enrich people’s lives,” he says.

The first project along with the foundation is Ooredoo’s Mobile Health Clinics Initiative, which provides healthcare services in rural areas that do not have easy access to medical facilities. The programme aims to reach two million children by 2016, focusing on Ooredoo’s markets in the MENA and Southeast Asia.

So was Marafih excited about personally meeting Messi? “I am a sports fan, but the thing that has really impressed me about Leo Messi is his commitment to supporting young people around the world. It is inspiring to meet a sports star so committed to making the most of his opportunities to help people,” he says.

But the company’s links to football do not end with Messi; with Qatar preparing to host the FIFA 2022 World Cup, Marafih says they are co-ordinating with the government to bring the best services and technologies in time for the games.

Despite all the controversies surrounding Qatar’s World Cup bid, the CEO is certain his country will host the FIFA 2022 World Cup. “Ooredoo is a major supporter of the plans to host the 2022 FIFA World Cup in Qatar, which we believe will have important benefits for the region and for world football,” he says.

“Qatar has proven its ability to host international events and deliver superlative services… We are confident that Qatar will host the event, and make it one of the most successful in its history.”