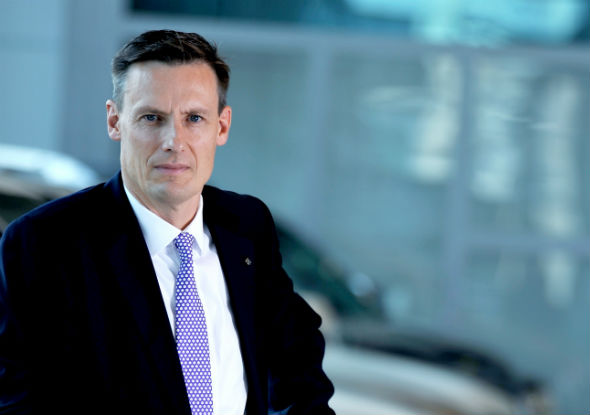 The popularity of hybrid vehicles in the Gulf region is set to slowly increase as the dual argument of the cost of a combustion engine and protecting the planet becomes an ever-increasing reality.

That’s according to Jon Williams, managing director of Al-Futtaim Motors, the local partner for Toyota and Lexus cars, who also believes a greener car market would be in keeping with the sustainability theme behind Dubai’s Expo 2020 bid.

“Here in the GCC and Dubai, the price of fuel is different to other parts of the world but there’s going to come a time when hybrids will be more accepted. I think the reason will be a bit of both [the cost of running a car and sustainability],” said Williams, speaking exclusively to Gulf Business on the sidelines of Dubai Motor Show.

“We foresee a bright future for hybrid vehicles in the region. People are beginning to realise the many benefits of this technology,” he added.

Al-Futtaim Motors has been the regional partner of Toyota vehicles for almost 60 years with the Toyota Camry almost exclusively used by Dubai’s taxi fleets.

As such, what was a pilot between Toyota and Dubai Taxi Corporation to use its new hybrid cars has now turned into a concrete handover, with Dubai Taxi purchasing 20 Camrys.

“The taxi companies love the Camry. They love it because it’s the right size vehicle, the power train’s sufficient, the cost of fuel is good and they have great residual value which is what they want when they come to sell them,” said Williams.

“The cost of ownership in a taxi company is key, so they make the decision with the rational side of the brain rather than the emotional side.

“That’s why we’re very keen to have a full range of hybrids with Lexus and to be running the Camrys with Dubai Taxi Corporation, because we want to be ready and we’re seeing already people are paying more attention to this cost of ownership. It’s not if [people will switch to hybrid cars] for us, it’s when.”

The Camry is not the only model in the Toyota range that has become synonymous with the region’s car market.

The Land Cruiser sells incredibly well across the Gulf, totaling 60 per cent of the UAE’s SUV market last year.

But it was a different Toyota that was drawing the crowds at the Motor Show – the FT-86 Open concept car. While it was unarguably popular, Williams could not confirm if it will ever go into production.

“We don’t know. We have the car but we don’t know if it will launch. We hope so. We’re very excited by it, it’s beautiful and the reception has been tremendous.”