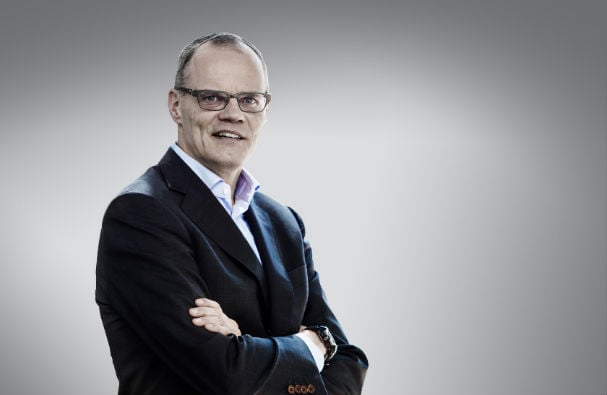 Frits van Paasschen is a man who stands out from the crowd. At this year’s Arabian Hotel Investment Conference, an event teeming with dark suited hotel executives, he took to the stage wearing light maroon trousers, a tie-less light blue shirt and a dark blue blazer. Casual and confident in doing it differently.

Doing it differently seems to be the philosophy running through Starwood Hotels and Resorts, having announced a plan for the region that also set it apart from many of the regions operators.

Not least because it involves some of the Middle East’s least stable hotel fronts, as well as safer plays in the UAE and Saudi Arabia, increasing the company’s regional footprint by 35 hotels, or 75 per cent.

“There are countries today that are not obvious to go into but we have a philosophy of wanting to be a first mover. We believe that has benefitted us with leadership positions in many markets around the world,” he explains as we meet on the sidelines of the event.

Van Paasschen is more aware than many of the impact unrest in the Middle East can have. Since taking the reigns in September 2007, he has seen the start of the Arab Spring and a civil war engulf Syria, where the company had three hotels.

During the hotelier’s first quarter financial results conference call, its 11 Egyptian hotels were described as dragging on RevPar growth, with instability continuing to disrupt the country’s tourism market.

“Our philosophy is to think about not the headlines but the trend lines,” he says.

“The trend lines are for growing demand, for rising ranks of people of affluence or in jobs that require them to travel and stay in high end hotels. That’s true even in the less stable markets.”

This means taking steps in countries that some hoteliers are still too cautious to tread.

The company is returning to Iraq with Sheraton Dohuk set to open in the Kurdish autonomous region in October, and three hotels to follow in Erbil, under the Sheraton, Aloft and Four Points brands, by 2017.

In November, Starwood will open its first Luxury Collection hotel in Lebanon, where the tourism market has taken a heavy hit, with the Grand Hills resort in Broumana. A new W Hotel is also expected in Jordan between now and 2017.

“We’re opening in Amman in Jordan, again not because the business today looks great but the outlook for the next 20 or 30 or 40 years, which is the time frame for most of our operating contracts, predicts demand to come back,” he says.

Iran too is an opportunity being eyed by the Starwood chief. The country, which terminated all foreign hotel contracts following its 1979 Islamic Revolution, is attracting international hotel firms once again, with the UAE’s Rotana among the first movers.

US-based Starwood is unable to act itself until international sanctions are lifted, but a recent thawing of relations over Iran’s nuclear programme has left many hopeful.

“It would be an extraordinary market for us. You may know we at one point did have a presence in Tehran, and we would love to come back, but of course that’s subject to what the US government permits.”

Van Paasschen’s willingness to take this Middle Eastern plunge is built upon the opportunity he sees through both global and local factors.

“One factor is this rise globally in the middle class and a rise in the ranks of the very wealthy, and also the availability of capital in the region,” he explains.

“Then I think what many people at first don’t realise is the extraordinary crossroads opportunity, given the physical location of the region between Europe, Africa and Asia.”

He explains how he has visited the region annually since taking the CEOs position, even setting up Starwood’s global headquarters in Dubai for a month last year from March 4 to April 5.

“Frits has been coming here every single year, and five weeks last year, and going each and every time to see the owners,” says Guido De Wilde, Starwood’s SVP, and regional director for the Middle East.

“Just confirming the commitment of the company to their investment and thanking them for their trust goes a long way in this part of the world.”

Starwood’s move to Dubai followed a similar trip to Shanghai in 2011, as part of the company’s aim to build a global mindset.

“The motivation for coming to Dubai was simply that after New York it’s the city in the world with the most hotels for our company,” says the CEO.

Lessons learned from these large- scale excursions are then pushed across Starwood’s global portfolio, with van Paasschen highlighting the mobile marketing techniques for food and beverage outlets the company took in during its stay.

“Getting it right here is something that we can use in many other markets around the world,” he says.

A recent study of the hotel industry in Abu Dhabi, Dubai, Doha, Jeddah, Muscat and Riyadh forecasts positive RevPar growth across the board with Dubai and Muscat leading the charge at 6.5 per cent and 6.6 per cent respectively.

The highest ADRs (Average Daily Rates) are expected in Dubai, followed by Riyadh and Jeddah in 2014 and highest occupancies in Dubai and Jeddah at 81.1 per cent and 77.9 per cent respectively, with the former almost reaching pre-2008 levels.

“Dubai is getting very close, and in some areas, particularly beach front properties, it is almost at pre-2008 levels. The city properties and some of the other cities in our report are not quite there yet, but in a couple of years, if the trend continues the way it is, you can see them getting very close to those levels,” says Nicolas Mayer, industry lead for lodging and tourism at PwC.

Cities in the UAE and Saudi Arabia remain high on Starwood’s agenda. By 2017, the company plans to have more than 30 Starwood hotels in the Emirates and will open its fifteenth hotel in Dubai with a new Sheraton on Sheikh Zayed Road this September.

With increased airlift throughout the region and Dubai leading the charge, van Paasschen sees plenty more opportunity to be had.

“You’ll see more and more people coming here, if not as a tourist destination, then as as a business crossroads or as a place to invest in or just to get away from a cold winter in Russia or in northern Europe.”

The Kingdom of Saudi Arabia is a rising star in the company’s regional hotel portfolio and much is expected from it, given the hints of a change in the country’s tourism visa system over the next three years by the president of the Saudi Commission for Tourism and Antiquities (SCTA).

Starwood has eight more hotels either being built or converted in the Kingdom, adding to the company’s 10 existing properties.

“Even without a lift in visas, we would be confident in the performance of those properties. But I think the change in visas and the openness that goes along with that is an important vote of confidence,” says van Paasschen.

A new focus from the SCTA on the country’s heritage is also making Starwood optimistic, according to De Wilde.

“Saudi is enormously rich in historical sites but they’ve never really done anything to promote it. And that is coming, I heard him [SCTA president] talking very enthusiastically about it and I think there is definitely a change for the better.”

Away from these relative safe havens, Starwood is turning its sights to Bahrain this year opening two conversions from July in partnership with Majid al Futtaim Properties.

“The reality is we know it’s a market that over time can do quite well. These are two existing properties that we felt confident with some work would be good representatives of our brand.”

“In hard times, in many respects, the strength of our global system becomes even more valuable to ensuring the success and the operating performance of an individual hotel,” says van Paasschen.

Thus far, much of the focus in the Middle Eastern hotel market has been on the luxury segment, but operators are now acknowledging the need to provide a range of accommodation.

Dubai has announced plans to accelerate the development of three and four star hotels to widen its appeal to tourists while UK’s budget Premier Inn chain is set to open 14 hotels across the GCC over the next three years.

Questions remain, however, as to what impact cheaper hotels will have on the region’s luxury segment.

On top of plans for its high-end brands, van Paasschen intends to double Starwood’s mid-market portfolio, consisting of the Four Points, Aloft and Element brands. Openings will include six new Aloft hotels across Iraq, Saudi Arabia and the UAE.

“In some markets, particularly Dubai, there has been an extraordinary amount of growth on the five star and the luxury end. But there is a real opportunity in the mid-range. It makes a lot of sense to add more hotels at the mid-range level using the strength of the fact that we will soon have 15 hotels here in Dubai.”

But he does not see this limiting the company’s other brands.

“We look across our nine brands and we see growth opportunities for each of those nine.”

And as we part ways, that casual confidence comes to the fore again with van Paasschen hinting that there may be even more to come from the hotelier in the years ahead.