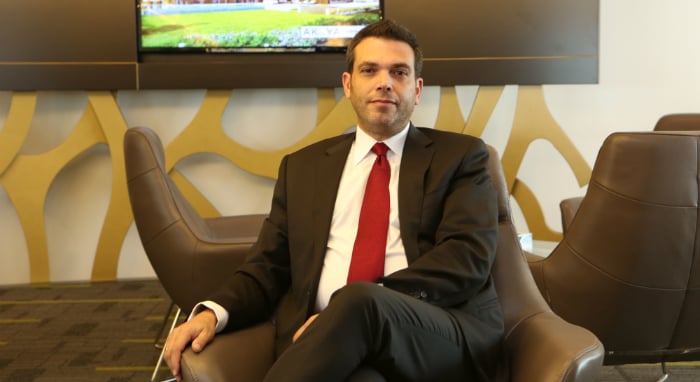 There are few companies that symbolise the resurgence of the Dubai property market better than Damac.

Having been hit particularly hard by the 2008 market crash and forced to scale back a number of projects, Damac indicated a return to form in December 2012 with the launch of its first major project in years, the 53-storey Distinction tower.

Since then the pace of Damac’s progress has been relentless, barely a month has gone by without the company announcing a new project or partnership.

Its financials too have shown a marked improvement, with profit for the first half of the year, at $332 million, already exceeding its $212.1 million total for the whole of 2012. The company’s total assets as of June 30 amounted to $2.3 billion.

On the development front, Damac’s positive start to the year began with the announcement of Damac Residence in Dubai Marina and Damac Esclusiva in Riyadh – both to be developed with interiors designed by Italian fashion-house FENDI. These were followed by Damac Towers by Paramount in Downtown Dubai and the sale of serviced apartments in Lincoln Park.

Then in April, Damac overshadowed all of these developments combined by announcing its largest project, in terms of size and scale, to date.

A city within a city, the site aspires to be the “Beverley Hills” of Dubai, says managing director Ziad El Chaar, featuring its own schools, supermarkets, restaurants and clinics.

Fuelling demand for Damac’s latest spate of projects is renewed confidence in Dubai’s real estate sector, which has seen prices rise by over 20 per cent in the last year.

But even following the market crash, which saw prices in the emirate plummet by up to 60 per cent, and the company’s fortunes dwindle, El Chaar says he was confident the market would return to form.

“We were actually preparing for something like this, so it did not take us by surprise,” he says, referring to the now booming real estate market in the emirate.

“Demand for Dubai as a destination never went down. People waited until they believed that the market had bottomed down before engaging in buying properties again in Dubai, but the fundamentals of demand were always high.”

Aiming for A hole in one

Dubai is now awash with billboards advertising Akoya, Damac’s 1,000 residence master project off Umm Suqeim road. But what prompted the company to pursue the creation of “The most luxurious golf course in Asia”?

“We have the size, we have the expertise and we have the financial capabilities to do projects of that size but what was holding us back from doing this was the availability of land,” explains El Chaar. “So when the opportunity to buy that plot came forward we were able to put up one of the most exclusive destinations in Dubai.”

Since first announcing the development in April, Damac has followed up with a series of smaller projects that will piece the site together.

In May the company announced it would build the site’s 18-hole PGA Golf Course in collaboration with American real estate tycoon Donald Trump.

The 7,205 yard course is being designed by Gil Hanse, the man also tasked with building the Rio 2016 Olympic Golf Course, that will see the sport return to the competition for the first time since 1904.

Akoya will also feature houses with interiors by FENDI and Paramount, and 100 mansions designed and decorated in association with Trump.

“We have three areas which are co-branded areas and the rest we’re doing ourselves,” says El Chaar.

But despite the seemingly huge marketing budget for Akoya, El Chaar is keen to point out that the company is focused on the task at hand.

“We should not be dazzled by those lights and those stands. We are builders before we are marketers so the focus has got to continue to be on construction not only on marketing and announcements.”

As a sign of Damac’s renewed confidence, El Chaar recently confirmed that the timeline for the project would be cut in half, from 10 years to five years, following a positive response to residences already released to the market.

Boom but not approaching bust?

The announcement of such ambitious projects by Damac and many of its peers this year – as well as a continuing rise in property prices has prompted some to question whether Dubai is approaching another market crash.

In contrast, El Chaar believes Dubai has learnt its lesson. He describes the emirate’s laws as now being some of the most developed in the world for off-plan real estate development.

“For a developer to launch a project today they need to buy the plot, pay in full, make the handover, get the construction permit, assign a main contractor and put 20 per cent of the construction budget in escrow. Only then will the Real Estate Regulatory Authority (RERA) allow them to launch the project,” says El Chaar.

“The absence of regulation and the over leveraging present in 2008 is not here anymore,” he concludes.

Damac is now banking on international investors believing this is the case, having announced a $500 million listing in London at the beginning of November.

The listing will be the first by a Dubai developer since 2009, with all shares in the issue to come from Hussain Sajwani, executive chairman and founder of the company.

“For a company of our size, being the largest private developer in the Middle East, one pathway to growth is always an IPO, and this is just an option for growth,” says El Chaar.

In pursuit of further momentum, Damac has also made repeated calls for banks to support the resurgence in the Dubai property market by providing non-resident mortgages to attract international buyers.

“One of the most important factors which is still holding the market back and has not yet been recognised is the lack of mortgages,” said El Chaar in October.This comes as no surprise considering that El Chaar estimates more than 80 per cent of property buyers in Dubai are non-residents.

One factor that could be set to contribute to the continued rise of the real estate market is Expo 2020.

“Definitely all of us [property developers] will be building more, because only in terms of hotels you have to move from 80,000 capacity to 140,000. So this is a big opportunity for our move into hospitality.”

But as the Dubai market waits for many of the developments announced this year to be finished, El Chaar estimates that prices will skyrocket.

“People are going to tell us it’s a bubble, it’s not a bubble it is very simple, more people are coming in and we don’t have enough housing,” he says. “Once first stock comes to the market it will normalise, it will stabilise, it will not crash.”

Based on this outlook, El Chaar says 2014 will be another year of project announcements for the company, both related to Akoya and elsewhere, while his overall forecast for the market remains positive.

“We think the market is going to continue growing for 12 to 24 months and then we’re going to see more stable growth rates,” he says.

Considering the number and scale of projects announced in Dubai this year, Damac, and property developers from across the emirate, will be hoping El Chaar’s predictions come to pass.