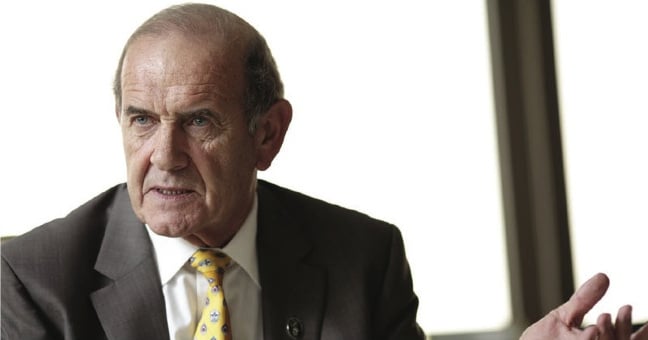 The two central fulcrums on which the UAE runs are aviation and retail. When the $22 billion and $25 billion industry combine, there can be only marginal room for failure. This, in essence, is what quantifies airport retailer Dubai Duty Free (DDF).

By making more money than global reckoners such as Harrods, Selfridges and Debenhams, is one of the world’s largest and most successful retailers merely destiny’s child or deserving of its exalted stature?

When Dubai Duty Free began trading at the Dubai International airport in 1983, it employed 100 people, saw three million passengers pass through each year, and clocked Dhs70 million in annual sales during the first year itself. Yet, no one would have envisioned that in less than three decades DDF would employ fifty times the number of people and engage with 57 million passengers each year.

Moreover, while traffic at the Dubai airport increased by 1,300 per cent, retail business at DDF rose by five times more — 7,200 per cent to be precise — during the same period.

The success story didn’t end there.

“Our target is to sell more and more to each passenger with sales per head reaching $47-48,” Colm McLoughlin, executive vice chairman, Dubai Duty Free, revealed to Gulf Business.

In 2012, DDF sold 73 million pieces of merchandise — including some 23,000 iPads, about two tonnes of gold and more than two million bottles of perfume — which averaged 64,300 sales transactions per day, arming it with a turnover of $1.6 billion.

“Whereas the average sales per day are Dhs16 million, our biggest day saw Dhs78 million,” said McLoughlin. “In 29 years we’ve never had a year where sales haven’t increased. Even in 2009 — during the global recession — sales increased by three per cent.”

Currently DDF accounts for five per cent of global airport shop sales, according to Generation Research, an independent industry specialist.

So what factors have contributed to this success?

While DDF does not report earnings, the Galway man reveals that a big thrust in profits has been due to the sheer scale of people that pass through Dubai Airport.

In fact, Dubai Airports announced last year that it would invest $7.8 billion in an airport expansion programme for Dubai International even as it aims to boost its capacity to 90 million by 2018.

Margins are also key. All the retail at Dubai Airport is done by DDF, so prices are set in competition with Dubai city prices with an average markdown of 20 per cent, though alcohol and tobacco are marked down by almost 30-40 per cent.

“Our highest margins are in perfumes and cosmetics, whereas the lowest are in gold and technology, like mobile phones. If import duty is less, like on some foods, books and clothing, we can pass that onto the consumer,” said McLoughlin.

“Johnnie Walker, Marlboro, Chanel, Rolex and Omega are some of our highest selling items. We have our own brand — Akaru — under which we sell watches, gold, clothing, travel, bags and pearls. A lot of our sales are also non-branded, like the 1,000 tonnes of nuts we sell each year.”

Perfumes are DDF’s top selling category with sales reaching $249 million and contributing 15 per cent towards total sales. They also have the highest margin. While McLoughlin expects perfumes to contribute 17 per cent in 2013, he added that: “Category growth in 2013 will be fairly constant. Technology shifts will change purchase trends with Samsung Galaxy, iPad mini, iPhone 5 doing well, and the camera business subsequently declining.”

Marketing has also been instrumental.

“We invest around 2.5 per cent of our revenue on marketing. In fact, our Dubai Duty Free Tennis Championships, which we own and organise, generated $381 million worth of TV exposure for Dubai last year,” said McLoughlin.

Building capital for these expansions has not been a dilemma. DDF raised a $1.75 billion loan to spend on the development of Dubai International Airport, which included the construction of Concourse A that opened in January this year, and has twice the footprint of London Heathrow’s Terminal 5.

“Concourse A is already generating about Dhs4 million per day in sales. This will increase as more and more flights use this new facility, which is dedicated to the Emirates A380 fleet,” said McLoughlin.

“The long-term goal is to take the total retail footprint to 64,000 square metres once Dubai World Central opens,” said McLoughlin.

To fuel this growth, the company increased its headcount by 1,600 in 2012 alone, taking the total staff strength to around 5,200. Of these 1,200 were recruited specifically for work on the new Concourse A.

DDF is planning to add 1,070 new staff to its payroll in 2013. Of these 600 staff will be Chinese speaking. “Traffic from China was only four per cent but generated 12 per cent of sales, indicating that sales per head are higher. So, we will be targeting that customer segment.”

Another forward trend will be online shopping and, despite his personal disdain for it, McLoughlin thinks it central to DDF’s business, “We have organised a study group to research what we can do online and in Phase One we are going to introduce online ordering and collection on departure.”

As the airport retailer turns 30 this year, it’s made a huge reckoning in the global market and a compelling case study in business management.