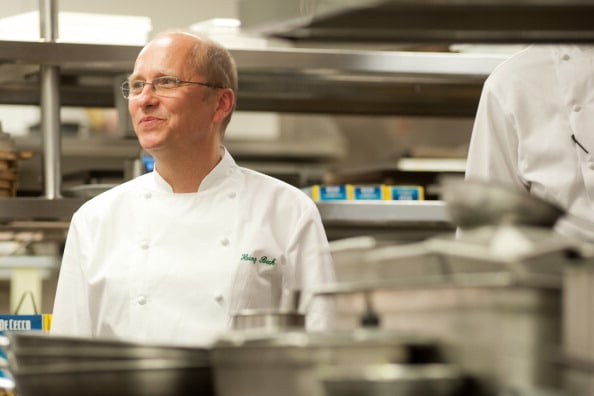 Three-star Michelin chef Heinz Beck plans to open a new restaurant at the Muscat Opera House by the middle of this year.

Beck’s Belcanto will be another ‘casual fine dining’ concept, similar to Social by Heinz Beck at The Waldorf Astoria Dubai Palm Jumeirah.

The popular chef isn’t finished in Dubai either, and currently working on a new retail concept. “Dubai is a fantastic destination,” he said. “I was looking to open up here for many years and this is one of the greatest Waldorf Astoria properties.”

His global portfolio is starting to gather momentum. In November, he will open two restaurants in Tokyo, one casual, another fine dining, marking his first two restaurants in Asia. To date, he has six restaurants – three in Italy, one apiece in London and Algarve, and the new Social.

Beck was guest of honour at the Business Traveller Middle East Awards 2014, which was held at the Waldorf Astoria resort on Palm Jumeirah’s eastern crescent last week and attended by more than 350 executives from across the travel industry.