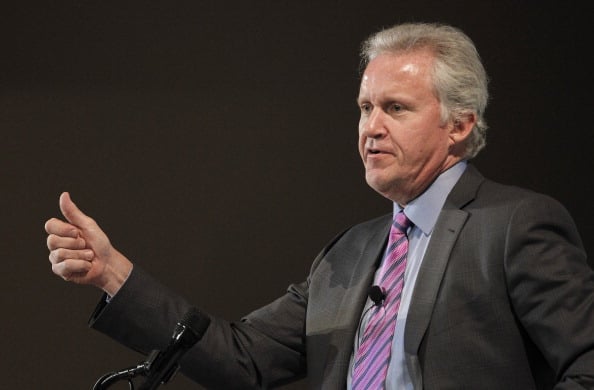 The global economy is generally heading in an upward direction although volatility does exist in certain areas, a senior business leader has said.

In an exclusive interview with Gulf Business, Jeffrey Immelt, GE chairman and CEO said that the trajectory of the economy is generally positive.

“I tend to have a broader perspective and in general, I think things are moving better,” he said. “If you could have said to people in September 2008, during the peak of the financial crisis that we would be where we are today in 2012, everybody would have said ‘sign me up – that sounds great’.

“I think it’s always easy to fall in the trap of studying today’s headlines. I’d say study the big picture: that there will be slow growth in Europe for a while, the US economy is getting better but we need to have some answer on the deficit fiscal cliff – so that’s a big hangover right now.

“China is going through political transition so there’s always uncertainty created by events like that, and then there’s the Arab Spring, so there’s a lot going on in the world.

“But I still believe that even with the volatility, the power of the emerging markets like China, the Middle East, Brazil, Asean countries, will continue to go forward,” he added.

The latest report released by the International Monetary Fund (IMF) this week projects that the global economy will grow by 3.3 per cent this year, down from an estimate of 3.5 per cent in July.

It also predicted that growth in 2013 would only increase slightly to 3.6 per cent, also below its July estimate of 3.9 per cent.

“A key issue is whether the global economy is just hitting another bout of turbulence in what was always expected to be a slow and bumpy recovery or whether the current slowdown has a more lasting component,” it said.

“The answer depends on whether European and US policymakers deal proactively with their major short-term economic challenges,” it added.

“Personally I think this thing called Simpson-Bowles would be good to be implemented in the US,” Immelt told Gulf Business.

Simpson-Bowles is the deficit-cutting plan created in 2010, which proposed federal spending cuts and tax reforms to reduce the deficits in the US by $4 trillion over the next decade.

Digital transformation will lead to a cleaner future