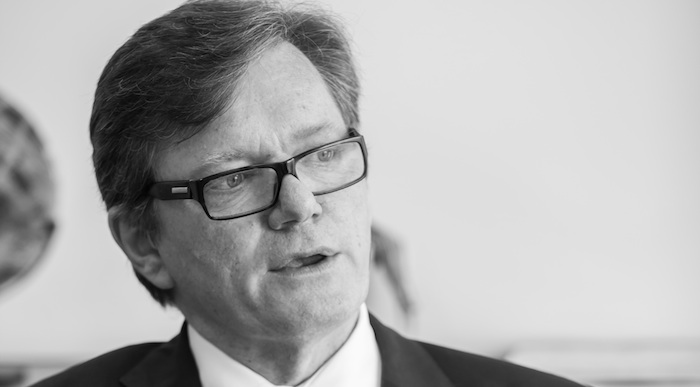 Dubai’s biggest bank, Emirates NBD, is looking to expand its presence in Saudi Arabia, its CEO Shayne Nelson has confirmed.

The lender, which has plans to become a regional bank, will focus on growing in the Middle East and North Africa (MENA) region as part of diversification plans, he told Gulf Business in an exclusive interview.

“There’s a lot of quite interesting countries within the MENA, and one place we would like to get much bigger in is Saudi Arabia. That’s an obvious one for us – since it is biggest economy in the region. We have a large branch there, with 250 people, and we are the only UAE bank that has a fully-fledged branch in Saudi Arabia,” he said.

“It offers a full range of services including private banking, retail banking and corporate banking, but having one branch in the Kingdom of Saudi Arabia is not really much,” he added.

Emirates NBD became the first UAE bank to obtain a license to operate in the Kingdom in 2004, and has since seen the country’s banking and finance sector boom substantially.

Almost all Saudi-based banks posted strong results during the first half of this year, with combined profits of commercial banks rising 8.5 per cent year-on-year to SAR21.7 billion, according to Al-Eqtisadiah.

“High levels of client confidence and strong economic growth are expected to drive banking sector expansion in Saudi Arabia this year and beyond, with lending activity projected to rise to match increasing demand from both consumers and businesses,” Oxford Business Group said in an April report.

Moody’s ratings agency predicts that credit growth will reach up to 15 per cent in 2014.

However, Saudi consumers are also constantly seeking better options; a survey released earlier this year by Ernst & Young found that 66 percent of banking customers in the Kingdom opened and closed accounts/services in the past year, with 63 per cent intending to do so in the coming year. That’s much higher when compared to global figures of 52 per cent and 40 per cent respectively.

Gordon Bennie, MENA Financial Services Leader, EY, said, “The improved sentiment in KSA will help financial institutions as they work to solidify and expand relationships with their customers.

“Although confidence is high, customers are on the move, with unprecedented access to competing banks and to new types of financial services providers. Banks must earn the highest levels of trust in order to retain customers, win more business and create genuine loyalty.”

The opening of Saudi’s stock exchange to direct foreign investment in 2015 could lure more financial institutions to the country, but foreign lenders have found it difficult to compete with the domestic lenders.

“International banks have found this market more challenging to find their edge and differentiate themselves enough to build a viable business,” Boutros Klink, CEO of Standard Chartered Capital Saudi Arabia told Bloomberg in a recent interview.

However, Nelson says the Saudi market is not particularly challenging for UAE companies.

“I think if you talk to local UAE companies that have expanded in Saudi, they have done pretty well. The UAE and Saudi Arabia have strong cultural, economic and political ties. We see it as a good market that we would like to grow into,” he said.