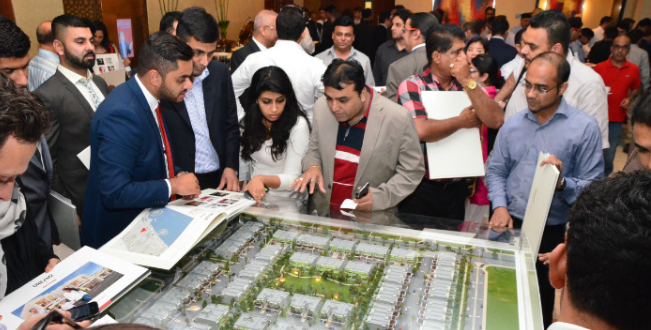 Danube Properties is to open an office in Mumbai to market its latest Dubai affordable housing project to Indian investors seeking a second home, Gulf Business can exclusively reveal.

Founder and chairman of Danube Group Rizwan Sajan has revealed plans for his company’s property arm to launch the new office in January, as plots for the new Ritz project go on sale.

Targeted at the affordable housing market, the project will comprise of studio, one and two-bedroom apartments starting from Dhs 430,000.

Speaking to Gulf Business from Danube Group’s headquarters in Jebel Ali, Sajan said: “Bombay is one of the most expensive places as far as property is concerned for Indians, so I will be selling my [Dubai] properties in Bombay because Bombay and Dubai are well connected. The majority of Indians in Bombay, they love Dubai.

“Because the prices of Bombay are so high, they find this property very, very cheap. For them Dhs 430,000 converts into 77 lakh Rupees ($116,000), with which you cannot buy anything in India.

“They find it, ‘Oh my God Dubai, with all its facilities and all its amenities, you get a furnished apartment for 77 lakh rupees, I can buy an apartment in Dubai. And this also gives me a rental income of about 10 per cent’.

“They find it very attractive. Indian people want to have a second home in Dubai as many of them keep coming regularly to Dubai. I’m offering the Ritz project to them.”

When asked how this would affect Dubai-based residents looking to buy a home, Sajan added: “I see what you’re saying; why should Bombay people go into the affordability sector in Dubai? It is definitely a good option for the first-time homeowners in Dubai. Yes they will be competing, but if required I will buy another plot of land and build another one. It’s not that difficult. The people I am targeting have salaries of Dhs 25- 35,000 and they can afford this.”

The company unveiled plans for the 452 fully-furnished apartments, based at Al Furjan, near the Ibn Battuta mall, to investors last month.

Both the studio and one-bedroom apartments will come with a European-style ‘one bedroom into two’ option, which involves pulling out beds built into the walls.

The Ritz project follows Danube’s other well-publicised projects of Dreamz and Glitz 1, 2 and 3, two years after the building materials company launched its property arm. The company has recently seen a slowdown after the third Glitz project, based in Dubai’s Studio City, failed to sell out, while the first two did so within hours.

Of the current market, Sajan said: “There is a slow down now definitely because of the oil prices, because of the market. So I will not be able to sell as fast as I did before – so Glitz 3 took a little longer time to sell – and I feel this will not be sold out in a day. But, we will be able to sell it very fast; there are only 400 plus apartments, which is not a big inventory. But, I do not think it possible to sell more than 400.”