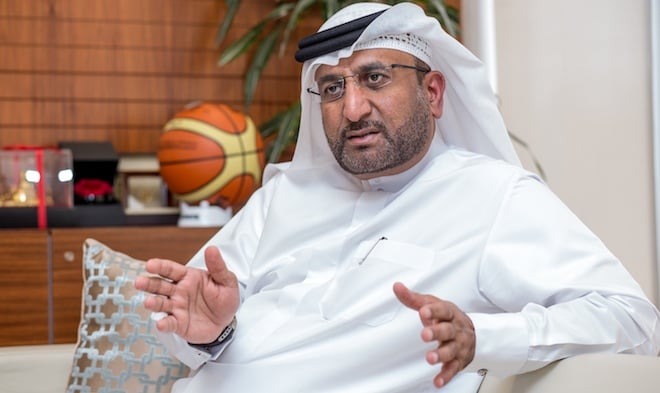 Abdullatif AlMulla is a hard man to pin down. And understandably so. Appointed as the chief executive officer of state-owned Dubai Properties Group in August last year, he is currently focussed on steering the company through challenging times, given the emirate’s housing market and the wider global economy.

The company – responsible for some of Dubai’s most high profile developments including The Walk at JBR, Business Bay and Dubailand – is as much at the mercy of market volatility as any other, but Al Mulla remains unflappable about the tough operating conditions.

Having been a part of the wider Dubai Holdings conglomerate for several years – he previously served as the group CEO of TECOM Investments and CEO of SmartCity – AlMulla is clear his about expectations from the developer and its strategy for the future.

During an exclusive interview with Gulf Business at his office in Business Bay, the AlMulla reveals the lessons learnt after the last property crash in Dubai and explains how the developer is forging ahead despite the odds.

How was 2015 for your company? During your appointment last year you had indicated that you expected revenues and profit to be higher than 2014 – was that the case?

“It was a very good year for us. In fact we surpassed all expectations. Despite all the challenges, our results were very good. We looked at what the market requires, the kind of team we require, put it together and introduced the proper products in the market.

“Also, it’s not an individual effort. It was a team effort – and we all collectively did a better job.”

Looking to Serena, your recent mega-project launch, the 8.2 million square feet development will include five phases with a mixture of residential, retail and lifestyle features, and a focus on affordability. Can you elaborate further on the project?

“If you look at the overall market, everybody is trying to come up with various projects. But while the average income in the United Arab Emirates is between Dhs 190,000 and Dhs 191,000, average rents stand at around Dhs 180,000.

“So there is some sort of gap between what is affordable and what is in the market. Hence we felt that this is a neglected segment and came up with a project that is designed to fit that requirement.

“It’s a five phase project and everything we launched for sale in the first phase has been sold out completely. We have two bedroom apartments along with three bedroom–semi detached villas. In terms of prices, we started around Dhs 1.25m per unit and then it slightly escalated because of the huge demand.

“In fact, we still have a lot of demand from the market. I’m not exaggerating – I still receive calls from people interested in the project. But we will phase it out according to the market and our capacity to ensure that the project is well taken care of and handed over properly.

What’s the value of the overall project?

“It’s in billions [of dirhams]. Due to the nature of the business, we cannot disclose the exact number. But I can tell you, each project we do runs into hundreds of millions.”

Affordability has become the trend for several developers in Dubai with a lot of recent projects billed as targeting the middle-income segment. But what exactly constitutes affordable housing and what attracts investors to such projects?

“Their needs are different. They don’t want huge mansions or huge villas – they want small properties which are extremely efficient and don’t require any additional work to be done. So they don’t have to pay for things like extra service charges.

“Also, they want to see the return on investment within 10-15 years and they want to afford to pay for it easily – based on installments.”

But in the current economic environment, are banks willing to lend to this segment?

“Even in the current economic situation, banks never say ‘no’ as long as you have the right credentials. Banks are always ready to lend but they obviously have to adhere to the rules of the UAE Central Bank regarding mortgage caps.

“We tie up with different banks for different projects, we engage with many banks and they are willing to do more.”

Looking specifically at your investors, how do they finance their purchases – through cash or mortgage? Are many of them end-users?

“We have a mix of both – cash-based and mortgage investors. In Serena, it is more cash-based but in general we have several investors opting for mortgages.

“We do have more end-users investing in our projects. That’s because we are also very careful and ensure that we don’t sell too many units to the same investor since we know that he could be a ‘flipper’. We ensure that people know this is not a ‘flipping’ project.

“Knowing Dubai and the statistics of newcomers from across the world, we mostly deal with new investors.”

The drop in oil prices has had a major impact on this region. Has it filtered down to you? Have you seen a decrease in investors from places like Saudi Arabia or other Gulf countries?

“Traditionally, Dubai has relied on oil for a very minimal percentage of its economy. The type of customers we have in this region also have the same mentality.

“Specifically, we have not seen a drop in investors from Saudi Arabia or other parts of the region.

“Also, we have an influx of so many people from outside this region from countries like India, Pakistan, the United Kingdom and other parts of Europe. Sometimes you see Russians coming to this region, Chinese, Asians – you have multiple investors. Hence the oil price drop doesn’t affect them directly.”

But even places like Europe and several other parts of the world are facing an economic slowdown at present. Is that global dullness not reflected here?

“We are part of the entire international community and we do get affected by anything that happens worldwide. But how much depends on the policy of the company and the country. Luckily, our government in the UAE has played a huge role to ensure that stability is there.

“So you don’t see that much of an impact of the global conditions here.

“But again we expect anything and we always have contingency plans.”

Looking at the Dubai property market, all the reports have painted a picture of doom and gloom with prices down around 10 per cent and volumes also reducing. What is your outlook for the market?

“When the last crisis hit, everybody said it was the end of real estate. So nobody wanted to touch land or property. But the market came back. This is the nature of the market – it is cyclical. But if you have the right product – like Serena showed us – the market is always good. That’s why it was sold out.

“Some people put too much of a margin as their cushion to achieve better profits. So when the market is down, the margin also goes down. Perhaps that’s why there is a drop in pricing.

“But we are very careful with our products. When we launch any project, we make sure that our profitability is reasonable along with the costing.”

Are fears of oversupply in the market exaggerated, or is it one of the reasons why the market has cooled down?

“No, I think the market went down because of market taste. That’s one thing. And sometimes people get ovely concerned. In the back of their minds they want to buy but they are also waiting for the right price. So is there oversupply? I don’t think so, there is always demand.

“We are also very careful from our side not to oversupply the market. That’s why we did five phases with Serena.

“People have been taking about oversupply for several years now. We just go with the country’s vision. The Dubai government’s vision requires a certain amount of supply of real estate and we are one of the arms to make that vision
a reality.”

Comparing the current market scenario to the Dubai property market collapse in 2009, what is different now? Is there a possibility of the market experiencing a similar crash?

“The crash in 2009 took place because the market was overly optimistic.

“Also, all the new government regulations [to oversee the market] are very good. The government here is very agile in terms of regulation so it continuously comes up with new rules that fit the market.”

Does the market require more regulation from the government?

“I think what’s there is good enough. If the market requires it, they [the government] will definitely study it.”

Coming back to Dubai Properties Group, are you planning on approaching any external sources of funding for your projects?

“No, today we are fully capitalised. But we always keep our eyes and ears open if something is very very lucrative in the market and cheap. We always consider that. But we don’t proactively seek funds from the market. For Serena as well, the project is being financed from our cash flows.”

Moving to one of your existing projects, Culture Village, you recently announced that Manazel Al Khor is on track for delivery this summer. When will the wider project be fully completed?

“Regarding Manazel Al Khor, the assurance we have is that it will be delivered this year.

“For the overall Culture Village project, we will develop it in phases and also we are investing in the entire location to convert it into a destination. We are investing hundreds of millions into the development to ensure that not only our projects – but also the whole area becomes attractive.

“We are aiming – under our government’s vision – to hopefully finish it by 2020.”

Do you have any more new launches in the pipeline for this year or in the immediate future? Also, do you see the possibility of expanding beyond Dubai or making any acquisitions?

“We have a huge land bank in Dubai so we come up with various products that cater to each and every layer of society.

“Internationally, we undertook certain projects for sister companies a long time ago, but our aim now is to focus on Dubai. Also, we do not have any acquisitions plans.”

What is the strategic plan for the company from a medium/longer term perspective?

“Strategically, we are developing hospitality as a sector within the group. We are building numerous hotels and tying up with international hotel operators. We are also increasing our leasing portfolio. So that’s the direction we are moving towards.

“In the next five to 10 years, definitely we are going to be one of the top developers in the region. We will continue with our leadership and our aim is to be
number one.”

What changes have you brought about since you started in the company?

“I worked with my board of directors to make sure that we have the right calibre in the company, the right disciplines and the right approach. We changed some policies and regulations to move forward and ensure the company is solid enough.

What have been your biggest challenges? And what are your goals?

“My biggest challenge has been making sure that we deliver our projects on time.

“Personally, my goal is success always and working to achieve the best for people.”