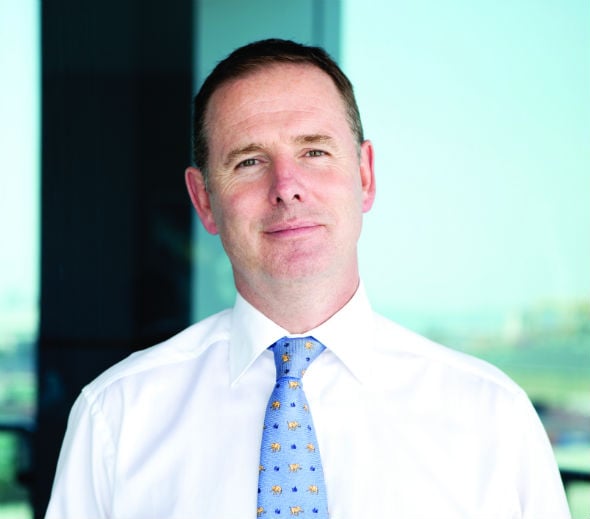 Seven years in the making and Abu Dhabi Ports Company (ADPC) launched phase one of its multi-billion dollar Khalifa Port on time at midnight on 12/12/2012.

The initial stage of the colossal project, which is centred on 2.7 square kilometres of reclaimed land at a cost of $7.2 billion, will be able to handle 2.5 million containers a year and 12 million tonnes of general cargo.

Khalifa Port’s current capacity is only a fraction of neighbouring Jebel Ali in Dubai with its 14 million twenty-foot equivalent units (TEU) capacity, which is planned to rise to 19 million by 2014.

As the GCC spends the spoils of its record oil income, countries across the Gulf are ramping up their infrastructure efforts. Khalifa Port will be directly competing with Dubai’s own Jebel Ali port, and mega ports in Qatar, Oman and Jeddah, Saudi Arabia.

However ADPC CEO Tony Douglas told Gulf Business: “The simple answer is no, there is no danger of overcapacity. If you take a look at containerisation since the 1980s the volumes have grown by 10 times multiple.”

The UAE’s position as an import and re-export hub has seen its ports handling increasing amounts of container traffic, as demand for goods and services throughout the region rises. Between January and September 2012 ADPC TEU volumes grew by four per cent from 537,124 to 559,786 units compared to the same period in 2011.

The world maritime containerisation market is set to reach 731.88 million TEUs by 2017, said a report from Global Industry Analysts.

Douglas said: “We have divided the project into terminal one and terminal two and both phases have the capacity for 2.5 million containers. We have the ability to grow as the demand presents itself. We can also add two more spurs of five million, totalling 15 million.”

The new port will now soak up the traffic from Abu Dhabi’s incumbent port Mina Zayed.

“The capacity at Mina Zayed is 800,000 containers and by the end of this year we’ll handle over 800,000 containers so, put quite simply, it’s full,” said Douglas. “We’re going to transfer all of the containers into the new port and we’re already about 40 per cent of the way through that transfer.”

Khalifa Port will be the main gateway for Khalifa Industrial Zone Abu Dhabi (Kizad), which is billed as a megacity for heavy industry companies from across the globe.
Kizad A, which is under construction, occupies 51 square kilometres, and Kizad B is planned to cover 365 square kilometres. When complete, the vast zone will be almost two-thirds the size of Singapore and provide as many as 100,000 jobs.

“The sheer scale of it is challenging – it is the sort of project which is almost impossible for me to find any way of articulating its scale until you actually come and look at it,” Douglas said. “The main roads and the power are already in place. Industrialists always want to see real physical infrastructure in place before they proceed.”

Kizad has already secured heavyweight Dubai-based aluminium producer Emal as its anchor tenant. ADPC began pre- leasing of the industrial area in May
this year and the firm is looking to lease about square kilometres of land to manufacturing and industrial companies in the first phase.

ADPC is pushing its port and accompanying industrial zone with a series of international launches and government meetings, including locations such as Europe, India, South Korea, China and US.

“There are three must-have factors when creating a successful port and industrial zone: low operating costs; an easy environment to do business; and access to global markets.

“regrettably, most of Europe doesn’t have low operating costs. And energy is an eighth of global prices at Kizad. We really score with the big heavy industries, including glass, aluminium and heavy engineering.”

The ADPC project is Abu Dhabi’s largest mega-project to date and is a lynchpin initiative in the government’s aim to diversify its income away from oil, a vision laid out in Abu Dhabi Economic vision 2030.

Douglas said ADPC is a key driver in catapulting Abu Dhabi’s revenues to $400 billion a year by 2030, with 60 per cent of annual GDP linked to non-oil activity, compared to 36 per cent today.